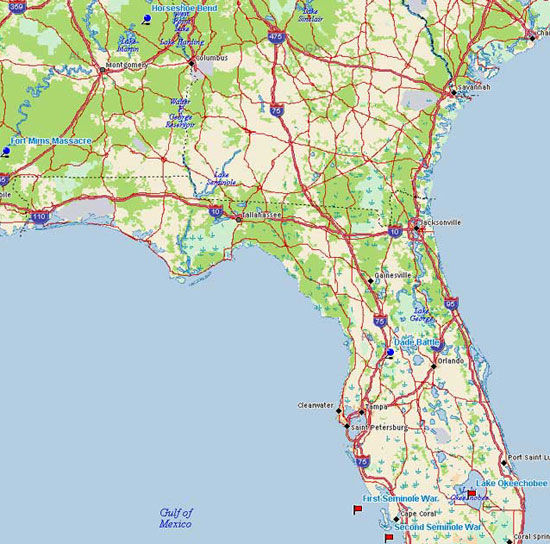 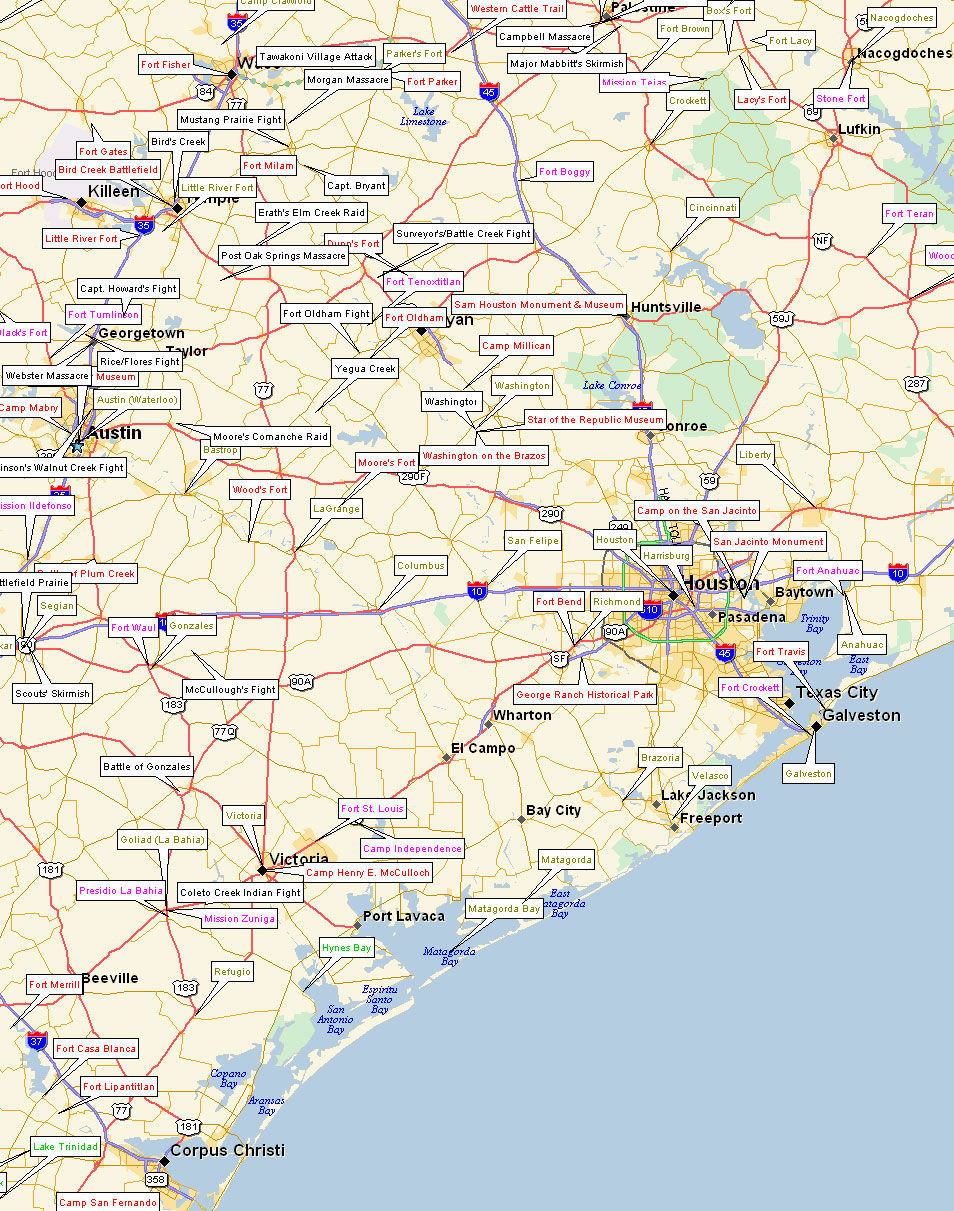 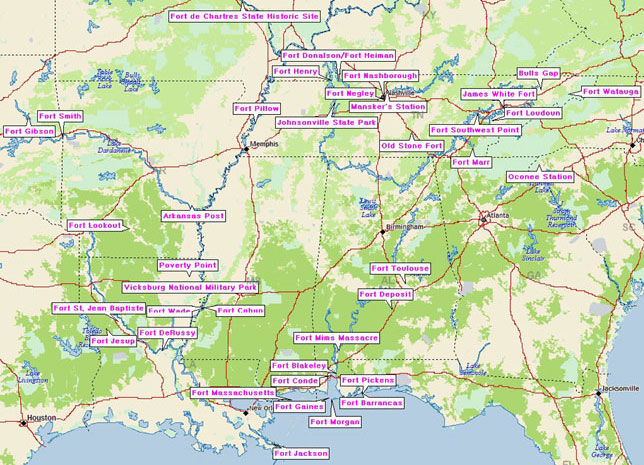 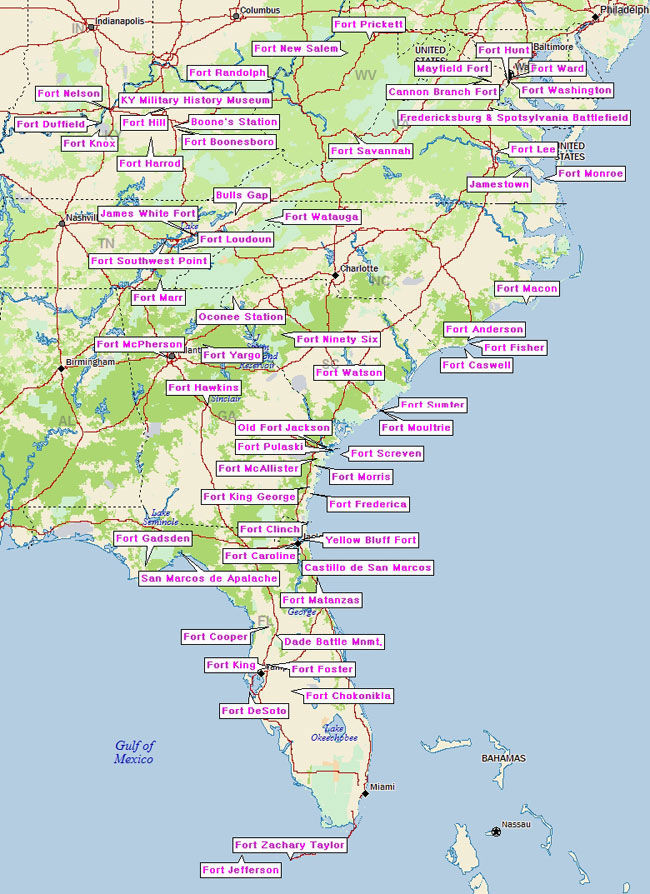 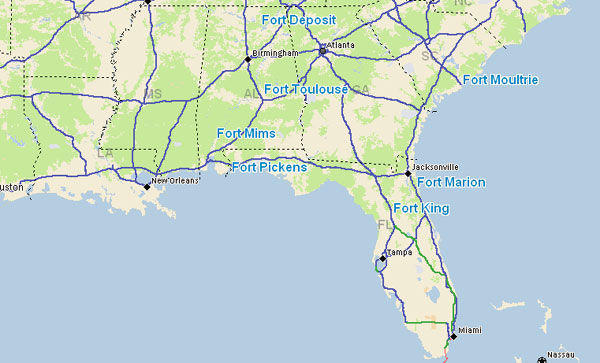 Destination Thumbnails
(click on picture to get larger view) 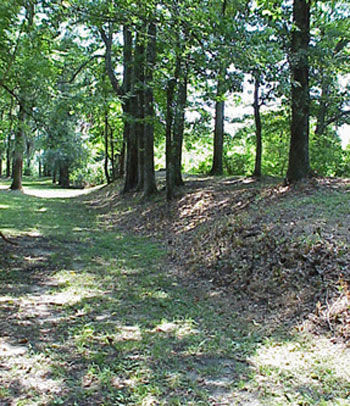 Grand Gulf Military Park is located off of Highway 61, 7 miles north west of Port Gibson, Mississippi. Go west on Grand Gulf Road (also 462), for 7 miles. The park is located on the right. For day visitors, please park and come into the museum to pay your admissions fees. Campers turn in the main gate and turn right towards the campgrounds and then check in at the museum.

Fort Condé is a partially reconstructed 1724-35 French fort. Fort Condé also features workable reproductions of 1740’s naval cannon and muskets. A museum inside houses artifacts from the site. Areas of the fort are furnished as officer’s and enlisted men’s quarters. Staffed with soldiers in French period uniforms.

After capturing Fort Henry on February 6, 1862, Brig. Gen. Ulysses S. Grant advanced cross-country to invest Fort Donelson. On February 16, 1862, after the failure of their all-out attack aimed at breaking through Grant's investment lines, the fort's 12,000-man garrison surrendered unconditionally. This was a major victory for Brig. Gen. Ulysses S. Grant and a catastrophe for the South. It ensured that Kentucky would stay in the Union and opened up Tennessee for a Northern advance along the Tennessee and Cumberland rivers. Grant received a promotion to major general for his victory and attained stature in the Western Theater, earning the nom de guerre "Unconditional Surrender."

By February 1862, Fort Henry, a Confederate earthen fort on the Tennessee River with outdated guns, was partially inundated and the river threatened to flood the rest. On February 4-5, Brig. General U.S. Grant landed his divisions in two different locations, one on the east bank of the Tennessee River to prevent the garrison's escape and the other to occupy the high ground on the Kentucky side which would insure the fort's fall. 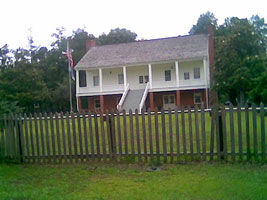 Located in Sabine Parish, just 30 minutes from Natchitoches and I-49, and six miles east of Many off LA 6 (formally the San Antonio Road). Facilities include a museum, restrooms and a picnic area. 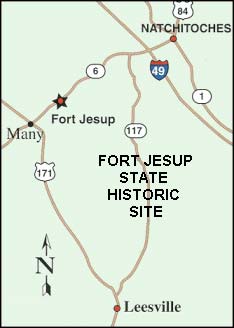 Listed in National Register of Historic Places on 4/19/94.
Listed as a National Historic Landmark on 4/19/94.

Fort Southerland and Fort Lookout - Located in Camden, these forts are part of a series of fortifications started by Confederate troops for the protection of Camden. Federal troops improved the forts during their occupation. Fort Southerland is open to the public while Fort Lookout remains on private land. 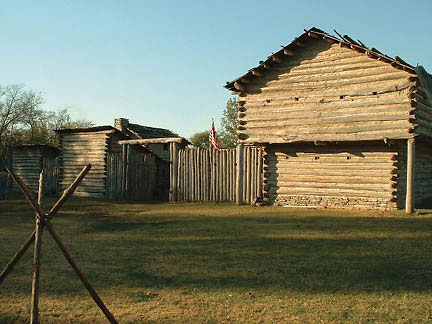 Mansker's Station Historic Site is a staffed living history site which is maintained by the City of Goodlettsville, Tennessee. The site represents the Station built by Kasper Mansker in the late 18th Century. Reproduced very near the original site, Mansker's Station is approximately one-third the size of the original lacking only the full number of individual cabins which would have been in the original station.

Located on the campus of Stephen F. Austin State University. 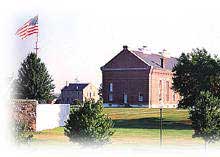 Perhaps the most prominent stop is the Fort Smith National Historic Site, which includes the remains of the original 1817 fort on the Arkansas River. One of the highlights is the two-story barracks from the second fort, which in the early 1870's became the Federal Courthouse for the Western District of Arkansas. Inside is the restored courtroom of the famed "Hangin' Judge" Isaac C. Parker, and the dingy frontier jail aptly named "Hell on the Border." On the site grounds are Judge Parker's restored gallows, and the original Commissary building - a major military supply center in the 1850's. The National Historic Site has recently completed $7.5 million restoration. 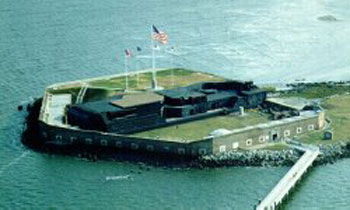 History provides us with defining moments from which we judge where we are with where we have been. The Civil War provides the United States with one of its critical defining moments that continues to play a vital role in defining ourselves as a Nation. Fort Sumter is the place where it began. 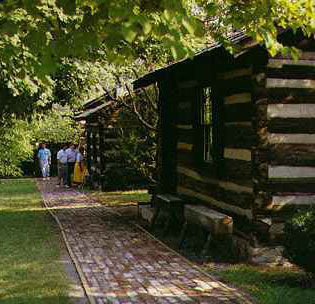 April-November
9:30am - 5pm
Monday through Saturday
Closed Sunday and all major holidays

The principal encampment of the army of the Republic of Texas from April 22 through the middle of June 1837, was Camp Bowie located on the east side of the Navidad River at Red Bluff, 8 miles southeast of the community of Edna. Nothing remains of this camp.

Marker Title: Site of Camp Independence
City: Edna
County: Jackson
Year Marker Erected: 1936
Marker Location: from Edna, take US 59 SW, go South on FM 1822 for 2.8 miles go south on CR 306 1 mile.
Marker Text: A part of the first army of the Texas Republic, under the command of General Felix Houston, and later of General Albert Sidney Johnston, was stationed here from December, 1836, until furloughed by order of President Sam Houston on May 18, 1837. Captain Henry Teal was assassinated here as he slept in his tent on the night of May 5.

Twelve miles inland from Port Lavaca, the Second Illinois Volunteers of Brigadier-General John E. Wool established Camp Irwin on August 1, 1846, as a holding camp until their supplies arrived. Nothing remains of Camp Irwin, except a place in history.

Camp Waul was a Confederate training camp seven miles north of Brenham and was named for Thomas Neville Waul. Waul's Texas Legion was organized on May 13, 1862 and ordered out of state in August that year.

Named for founder William Gordon Cooke who arrived in Texas in October, 1835, with a volunteer company called the New Orleans Greys. Headquarters camp established in San Antonio. Exemplary service during the Battle for Independence and later served as a colonel of the infantry and laid out the road from Little River to the Red River in 1840. Took every opportunity to fight Mexico including Somervell, Snively and Edwin Moore's expedition to the Yucatan. Cooke County is also named for him.

Holland Coffee operated a trading post in the area of Preston Bend (which is now under Lake Texoma). He was rumored to have traded guns and whiskey to the Indians, an act that was forbidden by law. In 1837, Coffee was called before the government and "made a satisfactory explanation of his actions." His fort, consisting of a tall fence made of pickets, was said to have been more to prevent the Indians from stealing livestock than protection from raids. Nearby Coffee's Crossing was a landmark when the Republic of Texas built a Military Road linking Central and North Texas. The fort became a station when the Butterfield Mail stages passed through the area in the late 1850s.

Marker Title: Fort St. Louis
Address: SW corner of FM 444 & US 59
City: Inez
County: Victoria
Year Marker Erected: 1936
Marker Location: SW Corner of intersection of FM 444 & US 59, Inez.
Marker Text: Thirteen miles southeast of Inez is located the site of Fort St. Louis. First French settlement in Texas attempted by Rene Robert Cavelier Sieur de La Salle in 1685. Devastated by the Karankawa Indians, burned by members of the Alonso De Leon Expedition in 1689. On its remains the Spaniards constructed Presidio de Nuestra Senora de la Bahia del Espirtu Santo, Marquis of Aguayo and Father Fray Agustin Patron, O.F. M. In 1722 as a protection for the mission of Nuestra Senora del Espiritu Santo de Zuniga for the civilizing and Christianizing of the Indian tribes of the vicinity moved to Mission Valley on the Guadalupe River near the present Victoria in 1726; moved finally to Santa Dorotea in Goliad near the San Antonio River in 1749.

Josiah had joined Stephen F. Austin's colony in 1828 and received a Mexican land grant in present-day Bastrop County where he settled in the community of Utley near the Colorado River. The Wilbarger's home consisted of a cabin and a stockade that may have been a family fort. He also prepared a cave in the banks of the Colorado River for shelter in case of Indian attack. Little else is known about the fort. At one time there was a commemorative marker at the site of Wilbarger Bend in the Colorado. If the marker still exists, it is now on private property.