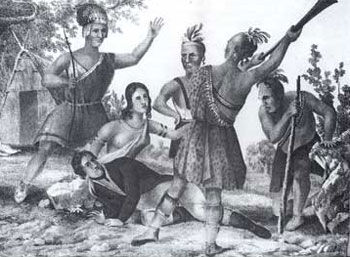 March, 1622, Opechancanough, son and successor of Chief Powhatan's Indian confederacy, shed their peaceful arrangement with the Jamestown colonists and commenced the first battle in the American/Indian war. 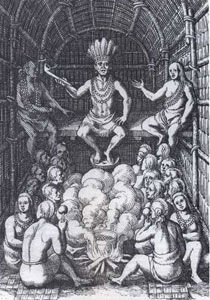 Detail of a map of Virginia in 1612 showing Powhatan
in the royal wigwam. Photo from the book,
Encyclopedia of American Indian Wars, by Jerry Keenan.

The following story is from the book, The American Indian Wars, by John Tebbel & Keith Jennison. 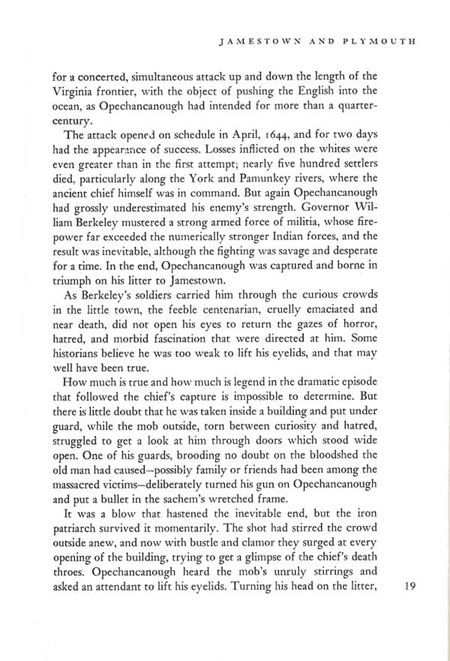 ...His somber eyes glared out with unquenched hatred at the crowd, and with the magnificent effort of will, he pulled himself from the litter and stood erect.

...His majestic air of command awed the white guards around him.

...The chief raised his arm and cried out to the governor, "If it had been my fortune to take Sir William Berkeley prisoner, I would not have meanly exposed him as a show to my people." 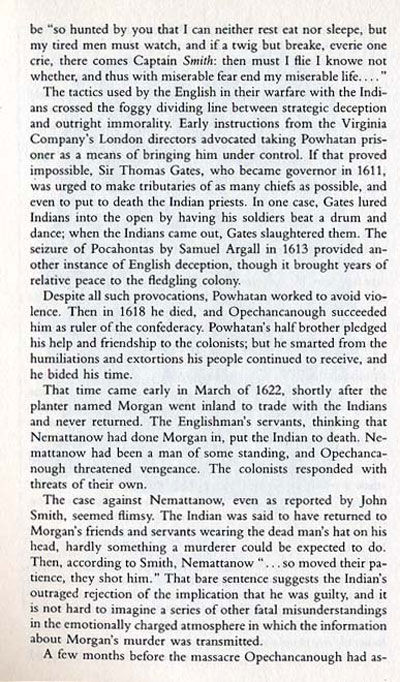 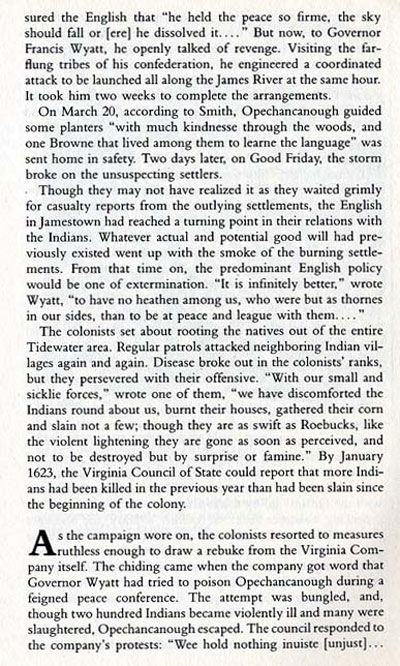 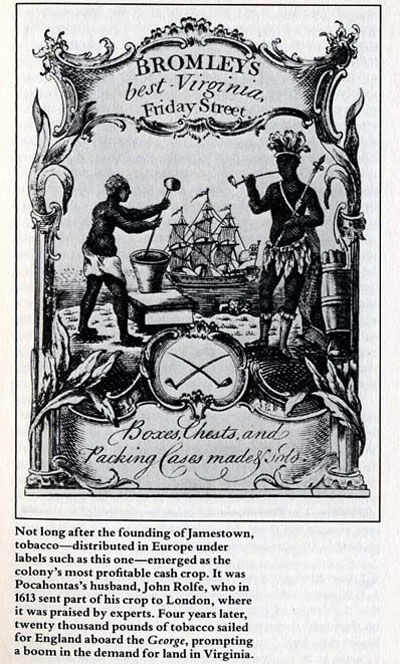 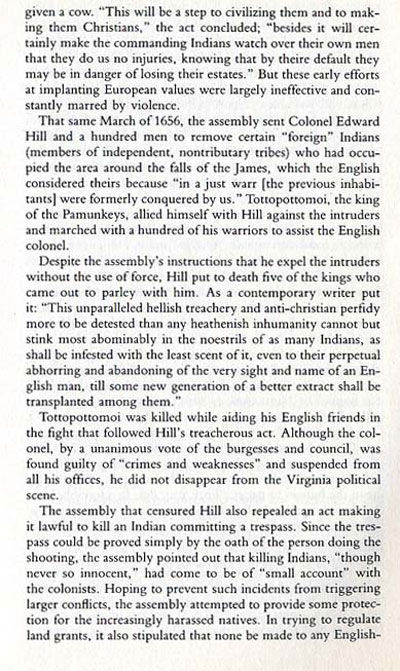 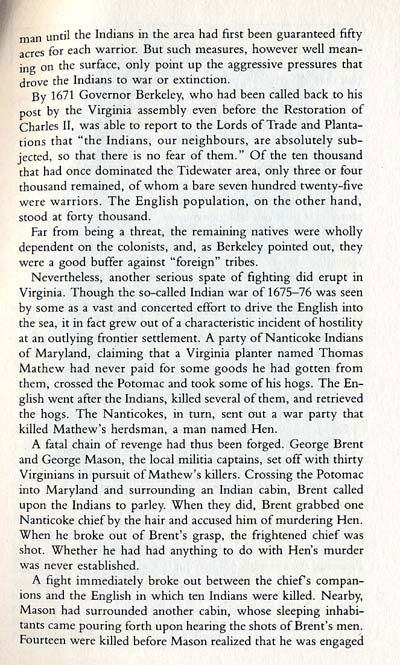 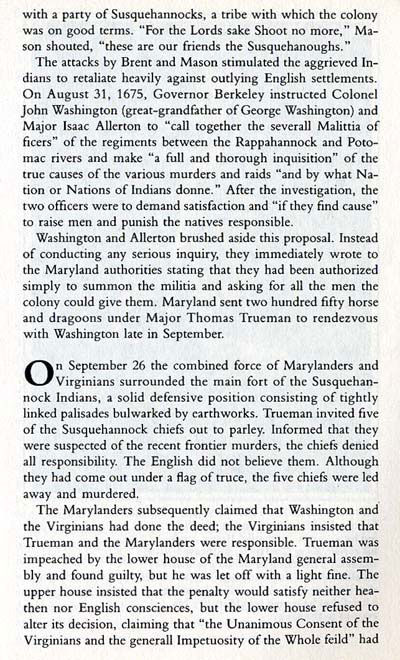 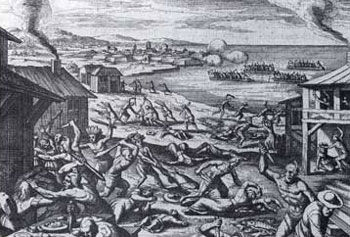 This 1622 engraving demonstrates the violence of the Jamestown massacre.
Photo from the book, Encyclopedia of American Indian Wars, by Jerry Keenan.

Excavation since 1994 has uncovered hundreds of thousands of artifacts dating to the first half of the 17th century. Nearly half of the objects date to the first years of English settlement (1607-1610). The site of James Fort was not washed into the river as most people believed for the past 200 years. We have uncovered over 250 feet of two palisade wall lines, the east cannon projection (bulwark), three filled in cellars, and a building, all part of the triangular James Fort. Also a palisade wall line and a large building were found attached to the main fort to the east. Click here for more information regarding the excavation.