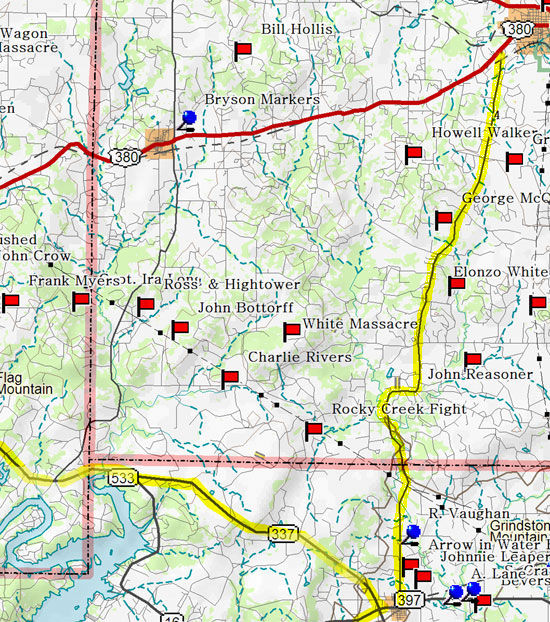 My trip continues south out of Jacksboro on Hwy. 4 through the Keechi Valley toward Graford.

A valley like the Keechi is desirable because cattle stay in the timbered low lands near the creeks during the day and climb up on the prairies in the cool evenings and early mornings. It was during these times that the rancher could tend his herd. The twin Keechi's provided a particularly large valley and offered several prairies for pioneers families to set up home base. Barbara Belding-Gibson, author of Painted Pole, points out the trouble a single cowboy would find himself in when faced with livestock that needed attention. He would hope that a low thrown rope would trip up the heavy beeve and he could avoid those dangerous horns long enough to tie it up and tend to his business.

Read Goodnight's firsthand opinion of what it took to make a Ranger a good scout.

The profitability in driving cattle long distances to market was proven feasible from the Keechi Valley in the 1850s, earning this area the title of "The Cradle of America's Cattle Industry." As the herds expanded beyond the needs of the United States' forts in the area, local ranchers drove their cattle to eastern markets from New Orleans, Louisiana to Saint Jo, Missouri. 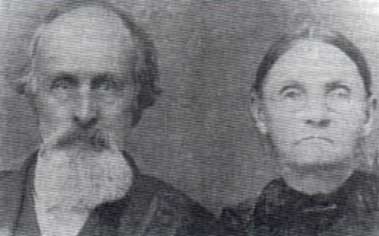 It's worth noting that this drive drops into the northern part of Palo Pinto County and on the east side of Hwy. 4 is an historical marker commemorating the county's first permanent residents, Reuben Vaughan and his wife. They built the first house in Palo Pinto County in the fall of 1854 and their daughter, Mollie, in August of 1855, became the first white girl born in the county. Their historical marker lies two miles north of Graford on the east side of the road.

Interestingly, Graford derived its name from its location; midway between Graham and Weatherford. If you are running short on time, there are two shortcuts back to the metroplex. One route taking 337 to the south through Dalton's Pass to Mineral Wells continues through Weatherford. The more scenic Hwy. 4 to the south through Palo Pinto to Interstate 20 is a second option.

From Highway 4 in Graford, continue northwest to Graham on Hwy 337 or Hwy 16 N by Possum Kingdom. 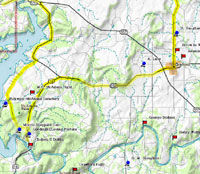 I like to drive the climb from Rock Creek to Graham almost as much as I like dropping down the Keechi Valley on 4. The terrain is so rough around Rock Creek that the Old Military Road had to take a sharp northern turn to a point three miles above Graham before turning back west to Fort Belknap. Fortunately, the highway makes the beautiful climb up the Belknap Mountains. The Lower Indian Reservation began just beyond Rock Creek where the road starts to climb and extended to the west of the Brazos and north to Graham.

By the middle 1850s white settlers had overrun so much of the Indian's farm land that they had very little left to pay tribute to the Comanches and welcomed the army's promise of protection and retreated to Texas Indian Reservations established on the Brazos. The Texas Comanches were badly whipped and many of the tribal leaders had visited Washington and seen the inevitability of their situation. They too agreed to move on to a reservation further to the northwest, designated just for them. 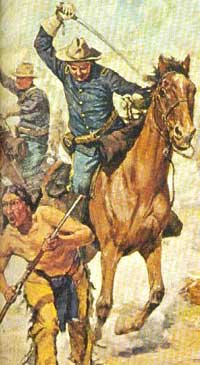 Jefferson Davis was the U.S. Secretary of War and knew his army needed to field a strong cavalry to guarantee the safety of the reservations and settlements. He served on the Texas frontier and while commanding Camp Verde had even imported camels in an attempt to better transverse the long, dry expanses of the Texas Plains.