General Sherman passed through Fort Richardson in 1871. Soon after his arrival he learned his convoy just missed being attacked by a large force of Kiowas, who instead hit Warren's Wagon Train, killing seven out of twelve of its teamsters. 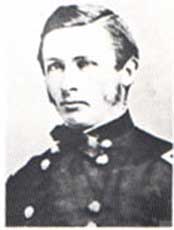 Mackenzie was ordered to lead his cavalry in pursuit of the Indians, across the Red River, if necessary. A few days later, Sherman arrived at Fort Sill and personally saw to the arrest of the leaders, Satank, Big Tree and Satanta. The chiefs were loaded into a wagon bound for trial in Texas. Satank told a Caddo scout that his body would be lying by a tree a few miles down the road and to send his relatives to pick it up. He then covered himself with his blanket and proceeded to chew off part of his hand to get out of his manacles and attack his guards, facilitating an honorable suicide. The soldiers tossed his body on the side of the road just where he said it would be. 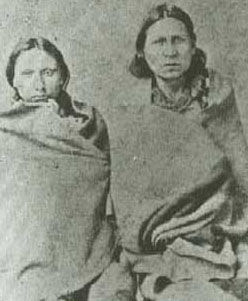 The remaining two Kiowas were delivered to Jacksboro where they were tried and found guilty of murder. National sentiment brought pressure on Governor Davis, causing him to let the chiefs avoid the noose and eventually be paroled. Sherman sent word to Austin that he believed he had risked his life while visiting Texas and he hoped the next scalp these Indians took was the governor's. 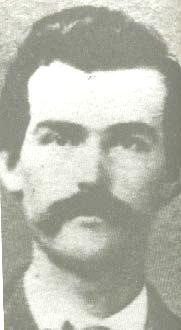 Fort Richardson's population swelled to over two thousand to become the largest military installation in the United States and Jacksboro grew to over 650. The trial drew newspaper correspondents as well as curiosity and fortune seekers from around the world.

Doc Holliday (pictured at left) arrived and stayed in town awhile. Records indicate he hung his dentist shingle in a second floor window but plied his trade as a gambler in the saloon below. Gamblers often need to relocate and accounts vary on Doc's situation, but something prompted him to move his game to the Flats at Fort Griffin. It was there that Doc made his acquaintance with Wyatt Earp and began a saga which climaxed at the OK Corral in Tombstone, AZ.

The famed woman gambler Lottie Deno paid taxes on a sporting house in Jacksboro from 1871 to 1875. City records show she was cited and fined several times for maintaining a disorderly establishment. Like Doc, she made a move to the Flats.

Every fort on the frontier sprouted a collection of dance and gambling halls within a short walk or maybe a stumble and a fall of its front gate. Trooper and later Sheriff H.H. McConnell noted in his memoirs entitled, Five Years a Cavalryman, that on payday the road between the fort and town would be so littered with drunken soldiers that he could literally walk the distance never touching the ground. 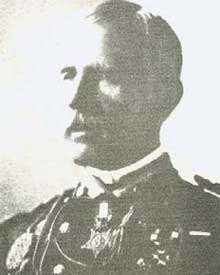 In his book, On The Border With Mackenzie, R.G. Carter writes that the fort grounds were jammed with tents, which subsidized the inadequate barracks. His was the most elaborate; it had two rooms with floors. He recalled that a vicious norther struck the night his wife gave birth to their first child, forcing him to station men to hold down the corners of his tent. He warmly remembered his men making a gift of a baby cub for his new daughter which she played with until her pet grew to dangerous proportions.

The Rangers usually kept a large camp on the north end of town. Their presence was needed because the troops were often far away searching the Llano Escadero for Comanches. That part of town is now the site of the fabulous Herd's Hamburgers and the famous Green Frog Cafe. The latter being immortalized by Jerry Jeff Walker's version of Guy Clark's "Desperados Waiting For a Train."

Since it was the duty of the Indian agents and Commissioners to attempt to pacify and make more civil the wild uncivilized tribes, it was almost invariably the natural tendency of such agents and commissioners in their reports, to greatly minimize the true extent and magnitude of Indian troubles, for naturally they wanted to indicate as much advancement and progress among the Indians as possible. Nevertheless the following quotation is taken from the reports of Hon. Charles W. Mix, acting commissioner of Indian affairs for the year 1867:

"No doubt many of the charges of the outrages and depredations against them (the Indians), are true. An inveterate prejudice seems to exist among those bands who are not under any treaty obligations against the people of Texas, arising, it may be, mainly from the fact that the country was onced owned and peopled by a race (the Mexicans) whom they had never regarded and treated as enemies. They do not seem to have fully comprehended that the annexation of Texas made its people citizens of the United States, whom they were bound to respect as such, and to refrain from acts of hostility or depredations against them. In their unlawful proceedings they receive encouragement from the unprincipled whites and Mexicans who trade with them for ill-gotten gains, especially cattle stolen from the citizens of Texas."

"Last year on my arrival here I found that an unrestrained commerce was being carried on between the Comanches and the Mexicans, and that thousands of cattle stolen by the Comanches from the people of Texas were being traded for by Mexicans having trade permits from Gen. Carleton and from my predecessor; in fact the territory was filled with Texas cattle. Believing it to be very unjust to the citizens of a neighboring state to encourage such a trade, and in order to stop it, I immediately issued an order revoking all trade permits, and forbidding anyone to trade with these Indians unless he had a license duly approved by the Commissioner of Indian Affairs, at Washington. Gen. Carleton acted in concert with me in supressing this traffic. It was stopped until the ex-commissioner granted licenses for four different citizens, and on those licenses and those granted or sub-let but some of the parties holding them, I am informed that hundreds of these Mexicans were again trading with the Comanches, and matters are as bad as ever. Texas cattle bartered for from these Indians are being scattered all over the Territory. When no cattle or horses are found in the Comanche camp by the Mexican traders, they lend the Indians their pistols and horses and remain at the camp until the Comanches have time to go to Texas and return, and get the stock they desire. What a disgrace that our government should permit this plundering of the people on the frontiers of Texas by the Comanches to be encouraged by her own citizens giving to the Indians a market for their booty."

Photo of the bakery taken by Charles M. Robinson, III from the book, Frontier Forts of Texas.

During the transitional period, immediately following the Civil War, hostile Indians were more or less unrestricted; for many of the Federal forts were not re-established and re-garrisoned to their full quota, until about two years after the close of the Civil War. Furthermore, not only the Indian authorities, but military commanders and others as well, in Washington and the East, for several years following the Civil War, were under the impression that the Indian depredations were exaggerated. The condition of affairs on the frontier along about this time were vividly pictured by H.H. McConnell, who as a soldier in the regular United States Army, and who was transferred from Pennsylvania to Ft. Richardson, at Jacksboro, Mr. McConnell said:

"The fact that this is a frontier, does not seem to be known to the authorities at Washington, or elsewhere. In 1867, when the blazing dwellings of the pioneers of Texas lighted up the sky from the Red River to the Rip Grande; when desolated homes, murdered women and captured children were evry-day occurrences along our whole frontier, General Sheridan in a report, stated that 'No Indian difficulties of any importance had occurred in his department; that the Red River was a sort of dead-line over which neither Indian nor Texas dared to cross, owing to the hostility of one to the other.' And in fact, intimating that the Texas frontiersman was generally the aggressor - this too, at a time when the garrison at Buffalo Springs was besieged for days by five hundNative Americans, and when appeal after appeal had been sent to General Sheridan for arms and ammunition. On the plains, if a colored soldier is killed carrying the mails, telegrams are sent to the associated press, and the great dailies of the country expatiate on the event, and the world is horrified over his death. But here, where the fourth and Sixth Cavalry have been for four years, doing more scouting, more escort, more fighting, more arduous service than any other troops in the army, no credit is given, no one knows of their great service, and both officers and men 'waste their sweetness on the desert air."

Many misinformed people in the East were condemning the pioneer citizens, and openly clamoring for more mercy toward the Indians, when only drastic measures could suppress their constant depredations. This the government finally realized along in the seventies, but not until several hundred citizens had been killed, and millions of dollars worth of property stolen and destroyed. In fact the very guns the government and others were presenting and bartering to the Indians as gifts and presents, about this time were used to slay hundreds of citizens living along the West Texas frontier.

But regardless of the different views of the individuals in the East, in contrast to those who lived along the frontier, it was and remains an undisputed fact that the early citizens suffered most severly in the hands of the savages for at least ten years after the close of the Civil War.