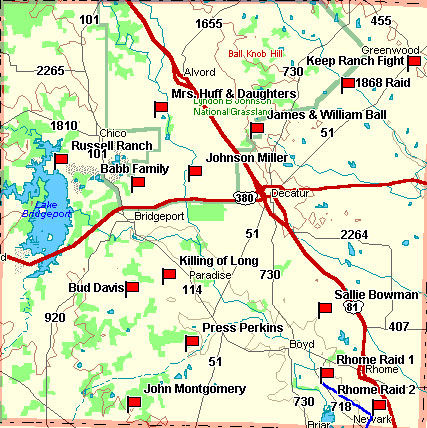 Uncommemorated Sites from North to South

Those taking 114 west from D/FW Airport can continue on 114 to Bridgeport but the recommended route through Decatur offers several exciting sites including the Waggoner Mansion (El Castile) and a stunning pink granite court house surrounded by a nice selection of restaurants and antique shops. 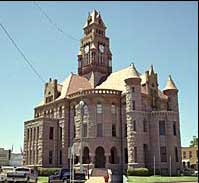 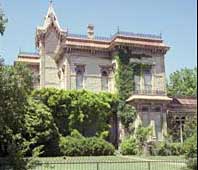 Any combination of the other routes can be followed beyond Jacksboro but the shortest and most beautiful drive, though it misses Fort Belknap and surrounding battle sites, is to simply drop down Hwy. 4 all the way to I-20 and return to Weatherford exiting 51 North where within a quarter mile just to the east is Holland Lake Park that contains the Double Log Cabin. The cabin bears scars received in an Indian attack and in contrast to the Waggoner Mansion, half of this humble cabin served as Dan Waggoner's original ranch headquarters. 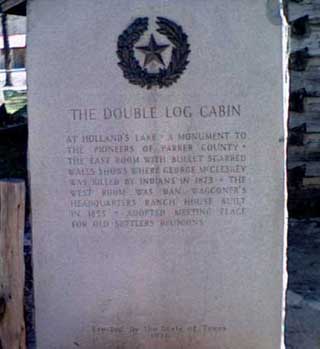 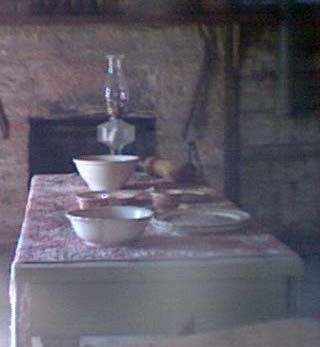 Follow 51 north to reconnect with 114 back to D/FW. About halfway there is Carter road to the west. Approximately 3/4 of a mile is an old grape arbor gazebo surrounded by four or five monuments and tombstones. One is for Joe Hemphill, the last pioneer killed by Indians.