From his book, Seasons in Hell, Mike Shropshire describes Fort Worth...as a historic place that's chin-deep in trail-dust heritage. After the Civil War the city based its economy around the prostitution industry and met with prosperity. Even when some Bible-thumping zealots managed to weasel their way into the state legislature in 1896 and enact a reform measure that raised the legal age of consent in Texas from ten to twelve, the people of Fort Worth rallied together in a show of support for the innkeepers. A protective guild was organized and bolstered by the wholehearted endorsement of local law enforcement, the Fort Worth brothel trade became an entity that was truly greater than the sum of its parts. If anybody thinks I am exaggerating, an article written by a professor, Richard F. Selcer, in a 1992 issue of the Southwestern Historical Quarterly will back me up. When the Chamber of Commerce brags about Fort Worth being home of the "world's oldest indoor rodeo," they're technically correct but the events I'm thinking of don't include bronco bustin' and calf ropin'.

In the city "where the west begins," the natural laws of commerce came into play as well, and inevitably cottage industries like cattle and oil materialized in and around Fort Worth, utilizing the mercantile strength of the hooker trade as a life-support mechanism.

Those whorehouses-and they proliferated around the city at least as long as I lived there through the mid-1970s-are the reason the stockyards were founded on the North Side. The town's population of what Professor Selcer termed "soiled doves, daughters of joy, bawds, painted women, sluts, tarts, floozies, chippies and street walkers," brought the huge Swift and Armor meatpacking plants to town, not vice versa. The same goes for American Airlines, the Santa Fe Railroad and, I am privately convinced, it's the same reason Texas Christian University moved from Waco to Fort Worth. Why do you suppose General Dynamics put a huge factory in Old Cowtown? Because of the school system? Why would Cap Cities Communications buy a newspaper like the Fort Worth Star-Telegram? Why else would the National Association of Fire Chiefs stage its annual convention in Fort Worth year after year?... 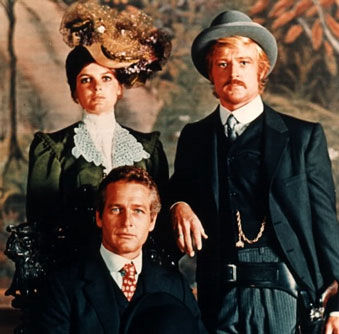 Today, Fort Worth has certainly cleaned up its image. The Convention Center and Water Gardens sit on top of the once notorious Hell's Half Acre and the Sundance Square, named in honor of Butch Cassidy's partner, provides the northen end of downtown with a Disney-esque version of the gilded age. Still, the hard-charging alternate newspaper, The Fort Worth Weekly, regretfully admits its own classified section is the best place to find a paid escort.