The Battle of Val Verde was the Confederates' shining moment in the otherwise ill-fated Sibley Expedition in the southwest.

From his book, Confederate General, by Jerry Thompson. 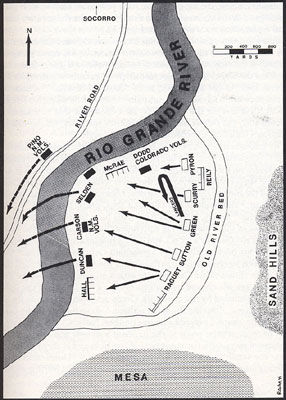 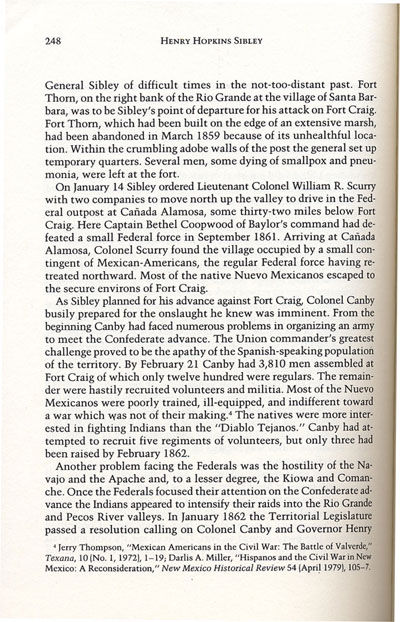 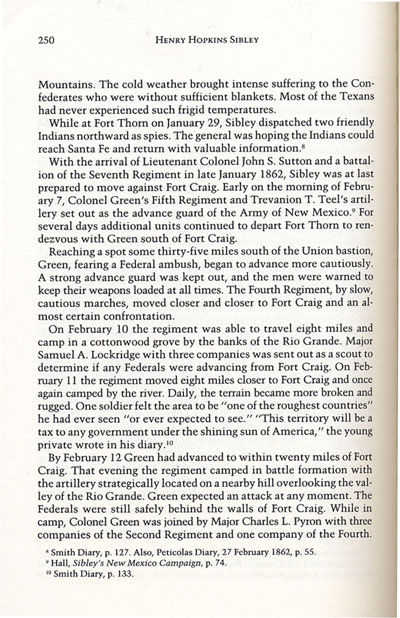 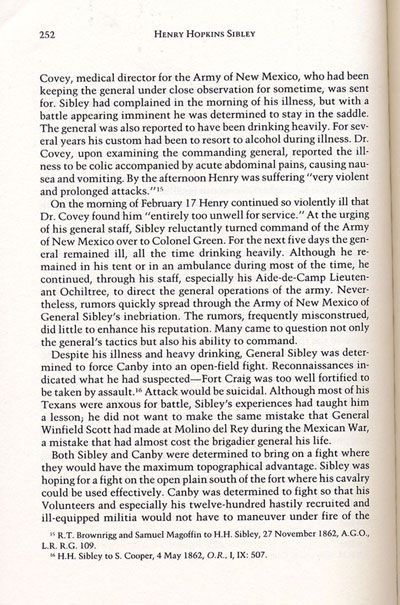 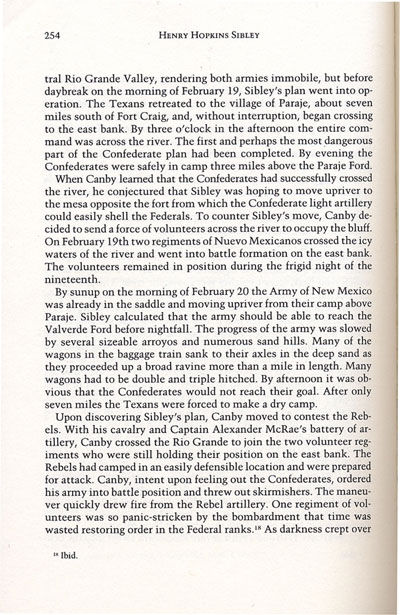 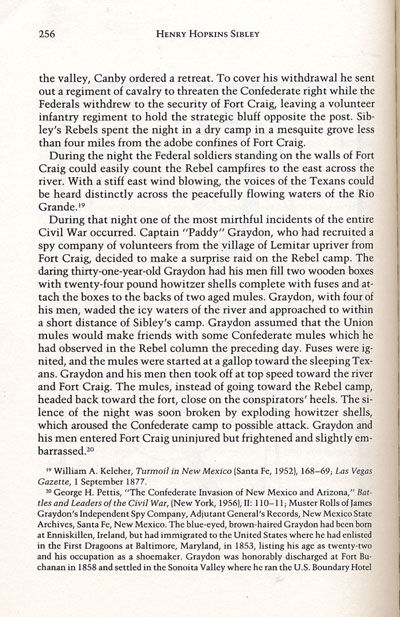 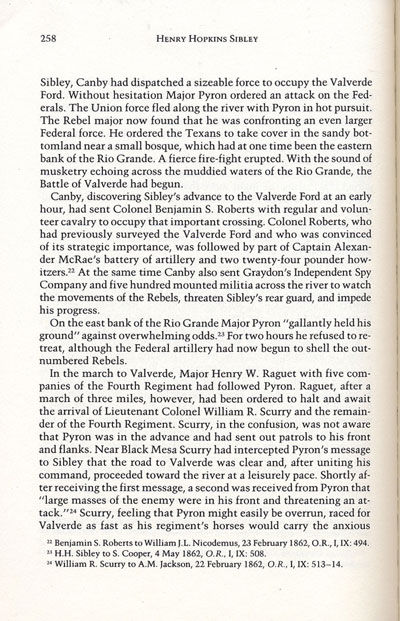 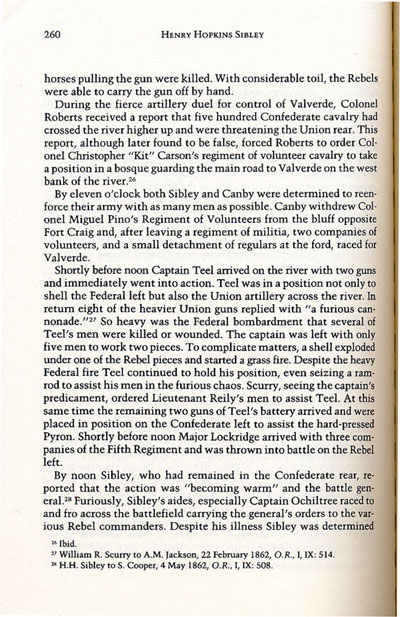 Donald S. Frazier describes the latter part of the battle in his book, Blood & Treasure.

The Confederate command scrambled to shore up the critical situation at Val Verde. Around noon, Sibley ordered Lt. Col. John Sutton, with his five companies of the Seventh Texas and two from the Fifth Texas, to remain behind to guard the supply train on the plateau behind the mesa while Green rushed his remaining eight companies forward. Lt. Col. Henry McNeill and Maj. Sam Lockridge, with the first five companies of the Fifth Texas and two more of Teel's six-pounders, arrived at 12:30 p.m. Most of Pyron's exhausted unit, meanwhile, fell out of line and went into reserve, as the Texan artillery took positions at intervals along the line. Most of the Mountain howitzers, after their marginal performance, lay abandoned as Teel distributed their crews among his six-pounders.

After pummeling the Confederates with artillery and small arms fire for hours, the Federals had gained the initiative. With an advantage in men and weapons, Lieutenant Colonel Roberts, still the senior officer on the battlefield, pressed the lightly held Texan center. "I directed Captain Selden with his command," he reported, "to engage them with the bayonet." The U.S. regulars-men of the Fifth, Seventh, and Tenth U.S. Infantry regiments, as well as Capt. Theodore Dodd's independent company of Colorado volunteers, began their steady advance. The brunt of the attack fell on Scurry's exhausted troops. "We could see the enemy in strength just before... 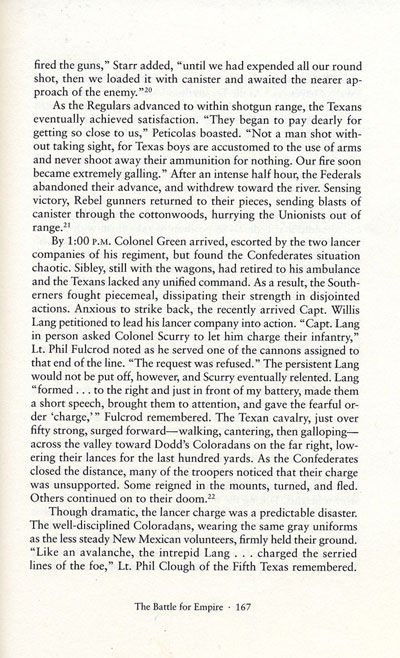 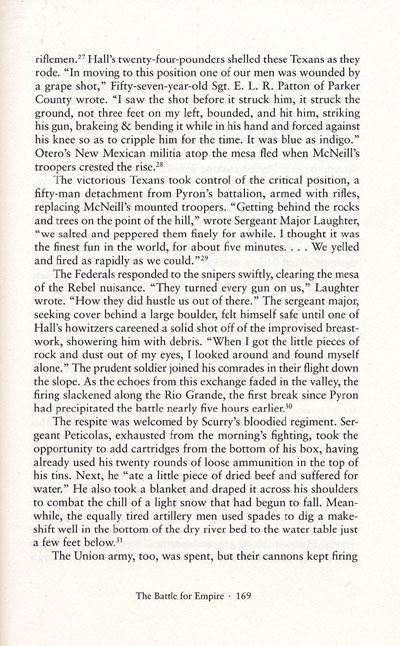 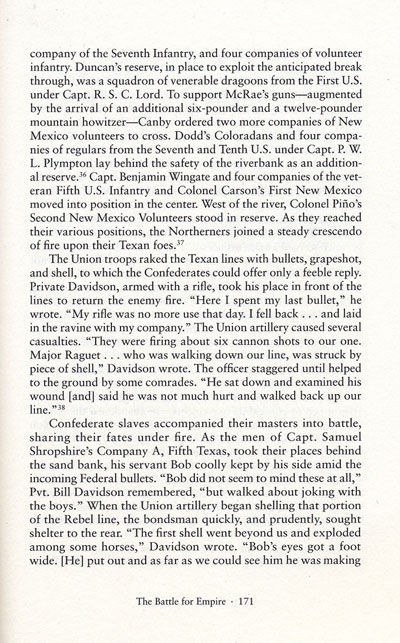 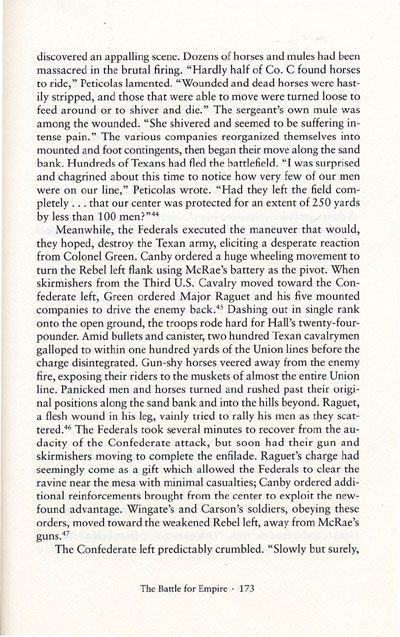 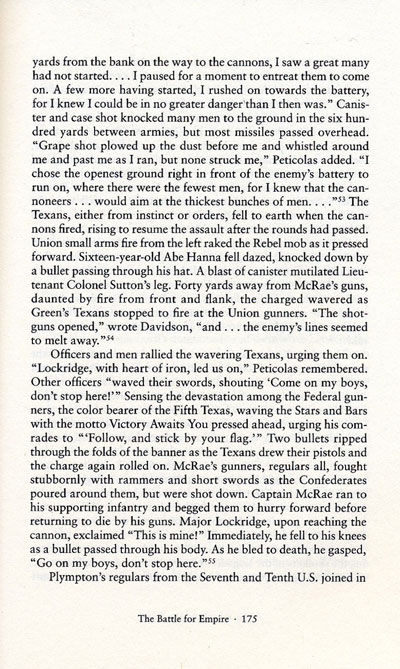 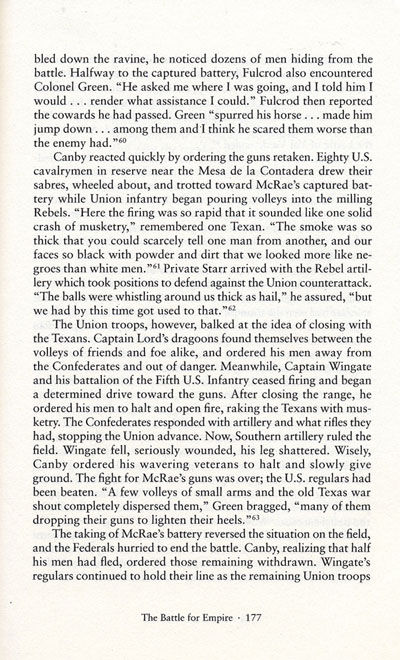 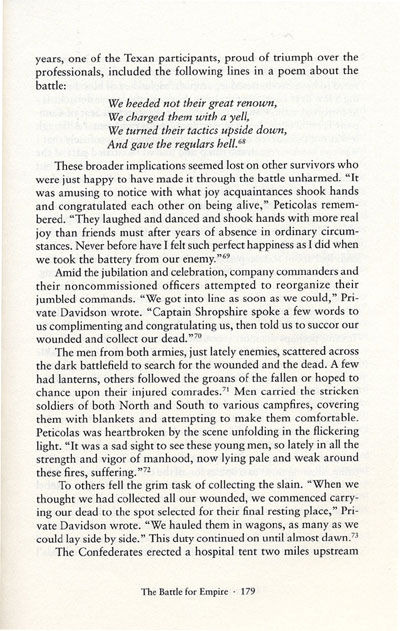