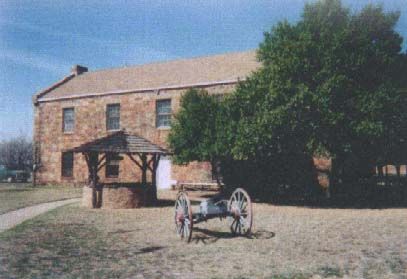 Fort Belknap is owned by the citizens of Young County and no charge is made for its use. Guided tours of the museums may be arranged by writing or calling.

The grounds are open to the public during the daylight hours. 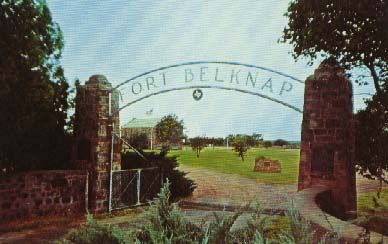 A few years after Texas' statehood, the U.S. built a more westerly chain of forts anchored on the north by Fort Belknap. In 1855, the army abandoned Fort Phantom Hill and relocated its commander, Major Henry H. Sibley, to Fort Belknap. He arrived in March and

"...he found conditions at Belknap almost as bad as those at Phantom Hill: 'The whole region for twelve miles around is the most arid and unproductive and the most deficient of building material. The water of the river is salty and the spring, distant more than a mile affords but a limited quantity of water...more or less of the same character. Indeed I could discover nothing to recommend the place." Furthermore, Henry found that the location of the post had made the various Indian tribes on the upper Brazos, especially the Caddo, Anadarko, and the Ioni, uneasy and apprehensive." (From the book, Confederate General of the West, by Jerry Thompson.) 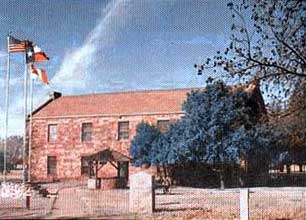 Jefferson Davis was the U.S. Secretary of War in the early 1850s. He served in the Indian wars in Texas and was well aware of the successes enjoyed by fast-moving, hard-hitting Ranger patrols and he intended to use his new forts in a similar fashion. He persuaded Congress to authorize a cavalry unit. This was not without some difficulty, cavalry costs three times as much as infantry. Northern congressmen rightfully feared the assignments would go to officers from southern states. In fact, the regiment produced twelve Confederate and five Union Civil War generals. Former Texas Secretary of War, Colonel Albert Sidney Johnston was given the command and the officers were allowed to select their own sergeants and requisition their mounts from the thoroughbred stables in Kentucky. Each troop had its own color of horse.

In December of 1855, Colonel Johnson, accompanied by his wife, led seven hundred fifty men south from Missouri. They reached the Red River during a ferocious norther. A hunger-crazed cougar repeatedly attacked the horses on picket during the night. When they arrived at Fort Belknap, the Brazos was frozen six inches deep. There wasn't sufficient housing for all the arriving officers and their wives, therefore all the newcomers including the Johnstons, resided in tents. Part of the Second moved on into Fort Mason. Between and west of these two posts, patrols were mounted. They constantly crisscrossed Indian country Ranger-style, searching out and destroying Comanche camps and engaging war parties where they could be found.

Robert E. Lee led a surveying team out of Fort Mason until he took command of Camp Cooper, which was attached to the Comanche reservation, west of Fort Belknap. Lee returned to Fort Mason in 1860 and spent his final year in the U.S. Army before returning to Virginia at the outbreak of the Civil War. Fort Belknap was involved in the Elm Creek Raid; one of the largest and most devastating raids in the history of the Indian wars.

Fort Belknap consists of the two story commissary building, now housing the museum. Two one-story infantry barracks, one now a dining hall and the other outfitted with auditorium type seating. A kitchen, which is a smaller version of the dining hall. A third barracks of more recent construction which houses the Archives, the "corn house", where bulk grain was stored and is now the "Women's Building" containing clothing worn by such people as Mamie Eisenhower, Mrs. Douglas McArthur, Lady Bird Johnson and others. The powder magazine is almost entirely original, constructed in 1853 and is still in remarkable shape. All these buildings are of native sandstone construction and were restored in 1935-36 by the WPA. There is also a large grape arbor which provides a nice shade with picnic tables beneath. 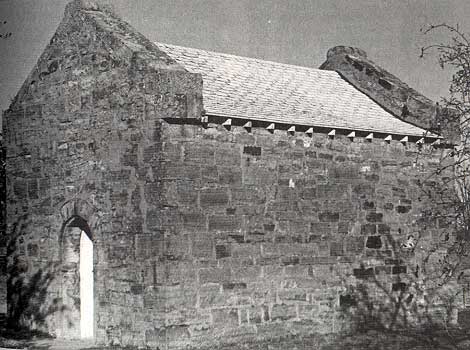 Photo by Charles M. Robinson, III from the book, Frontier Forts of Texas