My trip continues south on Hwy. 4 through Santo, I-20, and Lipan into Granbury. I-20W is the last chance to head out west and catch the Texas Fort-Overland Trail through Abilene. Hwy. 281S willl take you to the Hill Country. Katy Vine of Texas Monthly recently published an article regarding this 281 road trip. 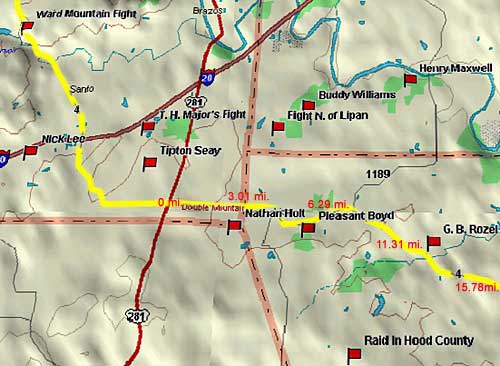 Below Lone Camp the road runs along beautiful Palo Pinto Creek Valley whose pecans Big Foot Wallace glowingly praised in an account of his 1837 visit.

Oil wildcatters brought a new kind of boomtown to Texas, and when law and order broke down, a Texas Rangers was often called in to restore peace. In the 1930s, Lone Wolf Gonzaullas, Texas Ranger, single-handedly brought order to lawless Kilgore, continuing his organization's policy of "One Riot, One Ranger." In the middle 50s, Lone Wolf, in one of his last great feats, busted the Hilltop Casino in southwest Tarrant County. Even to this day, no Texan, never mind his wealth or power, is held in higher esteem than a Ranger. 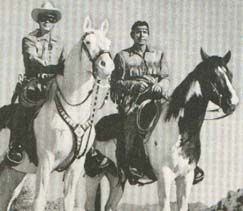 Ranger Jack Hays and Marshall Wyatt Earp, perhaps two of Texas' most famous figures, ended up in California. Hays founded and was first mayor of Oakland while Earp preferred hanging out on the movie sets of Hollywood. 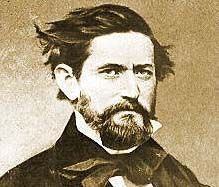 Imagine the two of them in Los Angeles, still saddled with habits of the frontier, carefully surveying the street before they stepped out of a shaded barroom door, squinting over the other's shoulder, searching for danger up and down Sunset Blvd. 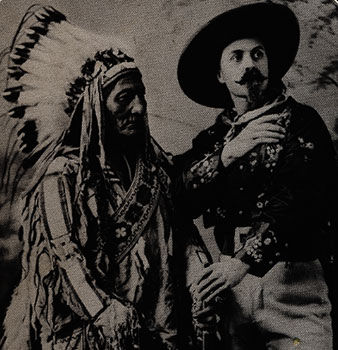 Buffalo Bill Cody and Chief Sitting Bull were the first western movie stars, appearing in an early Thomas Edison production. Cody exemplified the American Cowboy in his actions and dress. 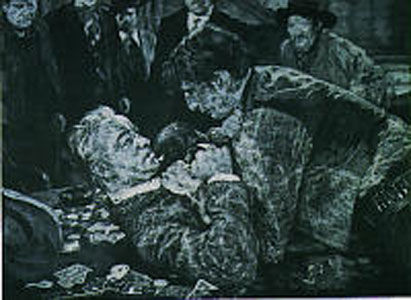 The shops surrounding the courthouse in Granbury undoubtedly make the best effort anywhere to represent the look and feel of a turn of the century community following the Indian Wars. On the edge of town stands Comanche Peak, from the beginning a landmark on Texas maps. A Ranger army from the Colorado River settlements failed to find the mountain where they were supposed to rendezvous with a Ranger force from East Texas. Like Phantom Hill, the height is only recognizable from one direction due to the subtle but severe elevation changes typical to North Texas. View to the south of Comanche Peak.