D/FW airport is a few miles north of Bird's Fort, where the first settlement was attempted in 1841. The northwestern frontier had witnessed four years of bloody warfare and the little stockade gave a sense of security to the pioneers with John Neely Bryant who settled about fifteen miles east at what would become Dallas. Nearly another decade of fighting and Statehood passed before the construction of Fort Worth. 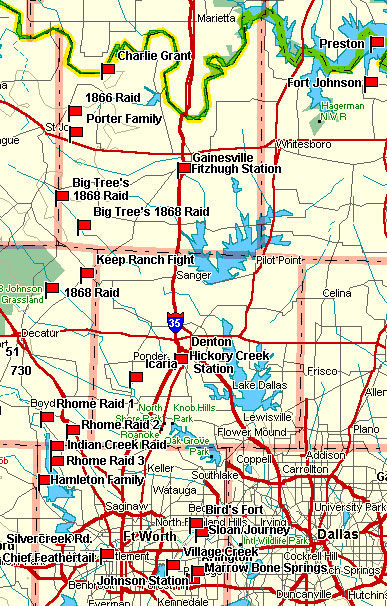 Texas Rangers led the state's volunteers and the U.S. Cavalry against the Comanches and the other Plains tribesmen and continued into the twentieth century, combating other marauders and lawbreakers. Their exploits have recently been depicted in the popular television series, Walker, Texas Ranger.