The U.S. Army soldiers who came to build the fort traveled up the Trinity on the steamboat "Jack Hays" named after San Antonio hero and Ranger Captain John Coffey Hays. Sam Houston scheduled a treaty signing at Bird's Fort in 1843 but found the conditions there too miserable and moved the proceedings to Grapevine. Today the Gaylord Texan provides top-notch accommodations there and it's a great place to depart on your Cross Timbers drive. Of course, Fort Worth is even more convenient and is worth an extra day of sightseeing. 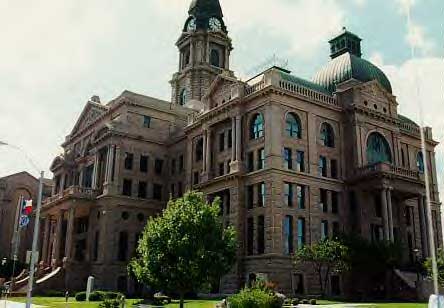 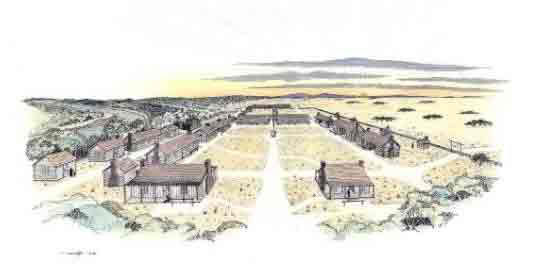 Drawing of Fort Worth by William B. Potter, from the book, A Fort in Fort Worth, by Clay Perkins.

Fort Worth's Sundance Square, with its unique shops and restaurants, connects by rail to Dallas' West End. Must sees in downtown Fort Worth include the Remingtons and Russells at the Sid Richardson Collection of Western Art, the 8.0 Restaurant with its powerful murals by contemporary Texas artists and Bass Hall. 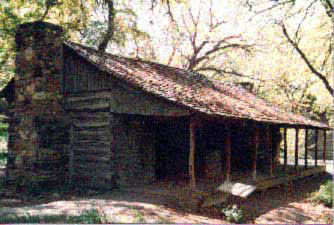 A hidden treasure is the Log Cabin Village, right down the street from the Fort Worth Zoo. Nestled behind beautiful trees are seven cabins and one school. These are the original cabins that were relocated to this area. The tour guides are very informative and make the past "come-alive". 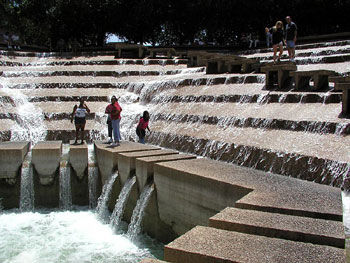 Spectacular public art includes downtown's Water Gardens and The Man with a Briefcase. The giant rusting Vortex towers above the grounds around the museums. Don't miss the western art at the Amon Carter, the National Cowgirl Museum and Hall of Fame, and the brand new Civil War Museum. 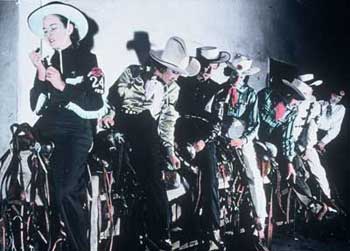 Gettin' Ready to Go Out by Bob Wade

Visit The Stockyards and see the White Elephant Saloon; Chuck Norris may be hanging out. 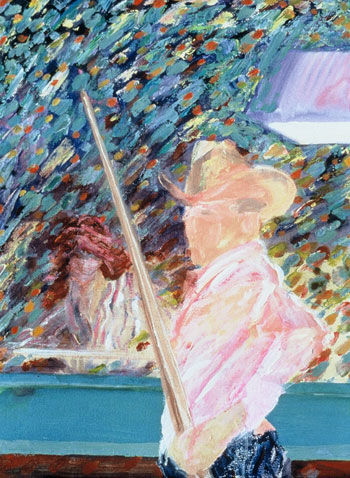 Attend the Stockyards Championship Rodeo; then kick up your heels at Billy Bob's, the world's largest honky tonk. You will also find some of the metroplex's best restaurants, Tim Love's Lonesome Dove, the famous Cattlemen's Restaurant and Joe T. Garcia's Mexican Restaurant. In the Art's District, Michael's is a contender in the food and drink department and houses Andy Warhol's western edition. Culture connoisseurs will like the music and burgers at Fred's Texas Cafe and the weekend brunch at Daddio's Jazz Cafe.