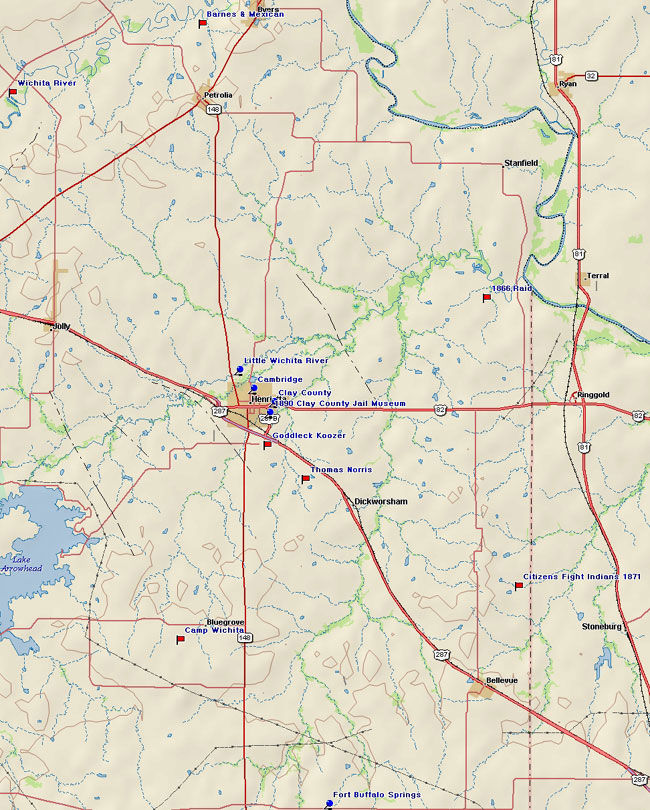 Marker Title: Buffalo Springs, C.S.A.
City: Buffalo Springs
Year Marker Erected: 1965
Marker Location: Junction of FM 174 and FM 3077, Buffalo Springs.
b: On line of sentry forts along Red River and far frontiers of North Texas, 1861-1865. Used at intervals by cavalry, especially at such times as 1864 massing of 3,000 federals to the north, in Indian territory. Soldiers here saw little of war's glory, had large share of fighting and shortages of guns, ammunition, food, clothing and horses. Site of "forting up" of families wishing to stay, with goods and stock, near frontier homes; lived in picket houses in fortified square, placing guards on water or wood gathering parties; in 1862 left during water famine. (1965)