Highway 377 North passes through the "Cowboy Town" of Cresson returning to Fort Worth, "Where the West Begins." There is certainly a pioneer tradition in the residents of this town. During the long delay in the completion of the railroad from Dallas to Fort Worth, a Dallas newspaperman quipped that there was so little activity in Fort Worth that he saw a panther sleeping in the street. The town adopted the nickname, "Panther City" and every able citizen joined in to lay the last few miles of track into town, beginning the slow demise of the traildrives but not the celebrating. 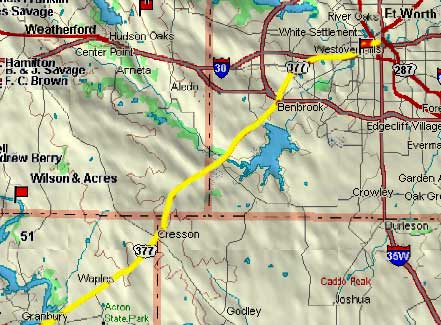 Peace opened up practically endless grazing lands, and many Texans, including some Rangers, built new ranches thousands of miles from the Brazos. Quanah collected substantial fees from cattlemen moving herds across the Comanche reservation and hosted wolf hunts attended by celebrities and dignitaries including President Teddy Roosevelt. 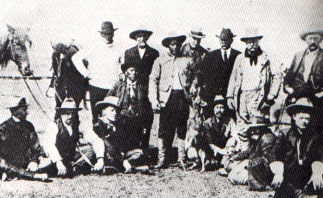 Buffalo hunters crowded onto the Plains. High industrial leather prices assured the animal's fate. The Flats remained busy as hunters, fortune seekers and Fort Griffin soldiers frequented its gambling and dance halls. Eventually the buffalo were eliminated and the soldiers moved on, but the Flats became a viable competitor with Fort Worth for the cattle drive business into the 1880s.

The city prospered and soon had its share of luxurious hotels and restaurants, Horsebacked Rangers and warriors paraded through the city's newly paved streets during pioneer celebrations. Ironically, it was during such an event that Chief Yellow Bear lost his life due to asphyxiation and nearly took Quanah with him. Yellow Bear came in late and blew out their hotel room's gas lamp before going to bed. 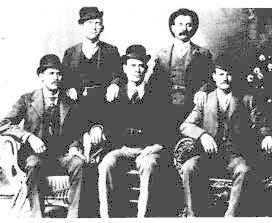 "Hole in the Wall" Gang

The Dalton, James and Hole in the Wall gangs moved through here, giving the Rangers plenty to do. Many of the gamblers, outlaws and lawmen followed the money as mining boomtowns sprang up across the West.

People poured in off the plains to spend their money. The Hole in the Wall Gang posed for their portrait in their new duds. A detective noticed a print displayed in a photographer's Main Street window and the resulting heat sent Butch Cassidy and Sundance on their southern exodus. The Cattleman's Association was formed at Loving's ranch headquarters, in part to thwart rustlers. 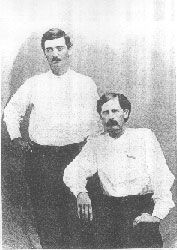 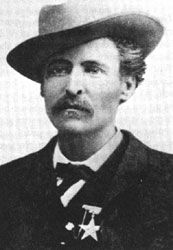 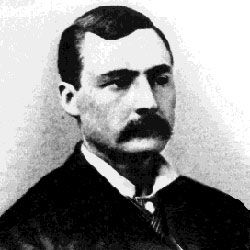 Bat Masterson (pictured above left with Wyatt Earp) was in a card game with Luke Short and others in the second floor of the White Elephant Saloon when Jim Courtright called Luke out to fight. Accounts of the fight vary. Jim's friends accused Luke of some sort of trickery but the result was Courtright lay dead in the street, just across the street on the southeast corner of the courthouse. This was the northern end of an area called Hell's Half Acre which stretched all the way to the railroad station and offered travelers all the sinful attractions it provided the traildrivers. 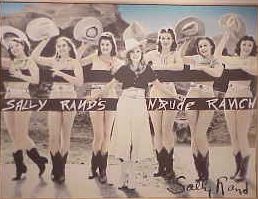 The tradition continued into the 1930s when Dallas was designated the city to host the Texas Centennial Celebration. Fort Worth countered with a celebration of its own, adding Billy Rose's showgirls to its regular attractions. Billboards sprung up along the highways proclaiming, "Go to Dallas for Education, Come to Fort Worth for Whoopee!"

Those who entered the trail from the airport on 114 or for whatever reason missed Weatherford, should take Hwy. 51 North before completing their trip.