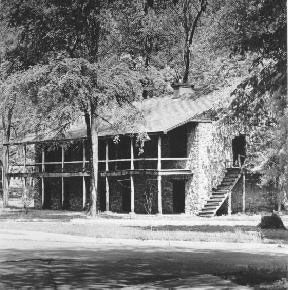 The Stone Fort Museum is housed in a 1936 replica, built on a new site, of Don Antonio Gil Y'Barbo's stone house. Y'Barbo, the founder of present day Nacogdoches, built the stone house circa 1780 as the formal portals to the Spanish District of Texas. The original site of Y'Barbo's house, torn down in 1902, is the corner of Fredonia and Main Streets in downtown Nacogdoches. During its history, the original house served variously as a public building, grocery store, candy store, saloon, and as a temporary fortification during the Magee-Gutierrez, Dr. James Long and Fredonia Rebellion filibusters.

Don Antonio Gil Y'Barbo (pronounced e-barvo) built a home that reflects French Colonial residential architecture, but the building acquired a nickname in the mid-1800's when its owner named his saloon the "Old Stone Fort Saloon." Prior to that, the building was referred to as the stone house. 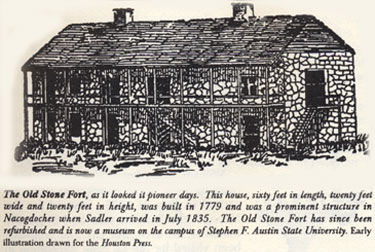 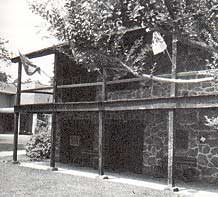 Photo of the Stone Fort taken by Charles M. Robinson, III from the book, Frontier Forts of Texas.

In 1936, the same stones were in turn used to build the present replica structure, authorized by the Texas Centennial Commission, which stands on the campus of Stephen F. Austin State University. 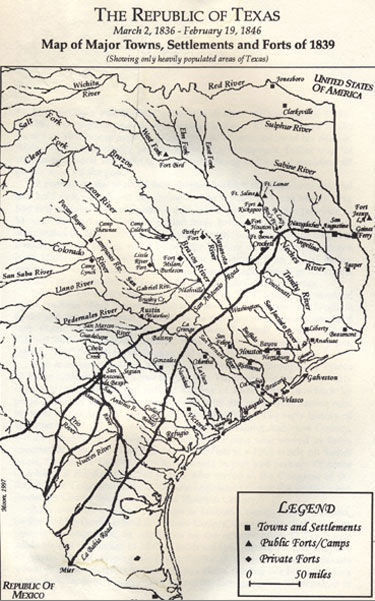 Admission is free of charge. Guided tours are available by reservation only.