During the above year, Don Cox, Tom Deaton, Bailey Marshall and three or four others followed Indians from Comanche County to Salt Mountain, about twelve miles northeast of Brownwood. At this point, the savages were located and a short fight followed. Don Cox killed a warrior who had a chain of Mexican coins fastened to the back of his head, and so long, the coins almost dragged on the ground.

Ref.: Author interviewed Joel Nabors, Dave and Dick Cunningham and others who were living in Comanche County when this fight occurred.

In his book Indian Depredations in Texas, J.W. Wilbarger provides a more detailed narration of the Salt Mountain Fight: 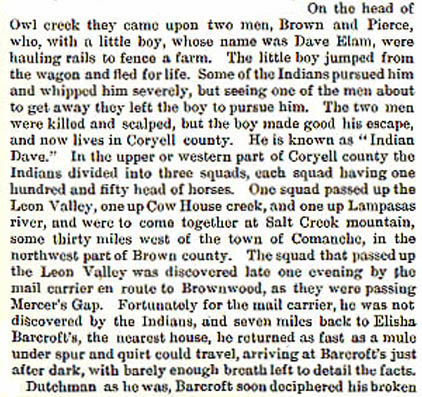 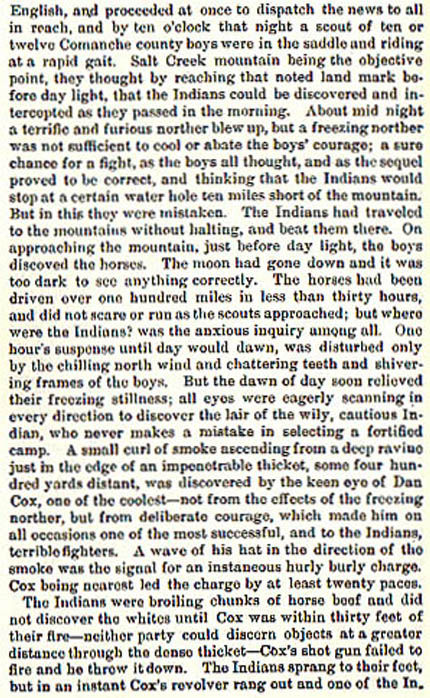 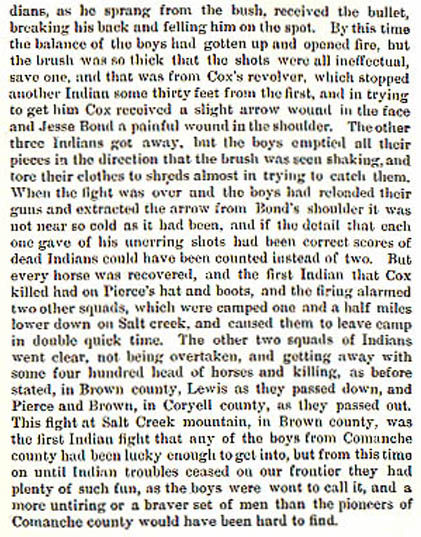