Back to South Central Oklahoma 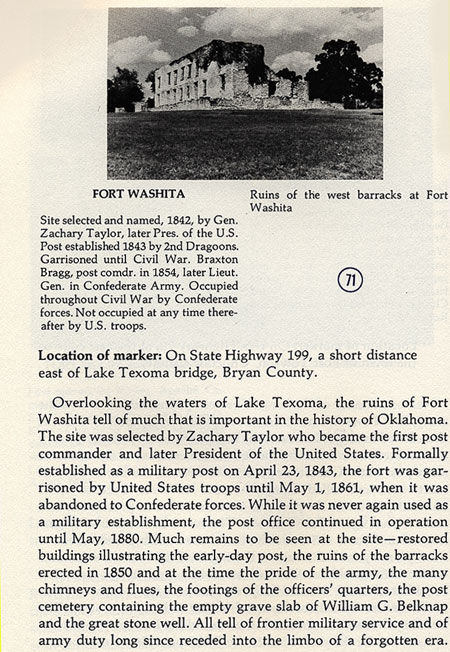 Established in 1842, Fort Washita was one of the most important pre-Civil War military establishments in Oklahoma and was garrisoned continuously by Southern Forces during the Civil War. Extensive footings, walls and stone ruins remain. The home of Brigadier General Douglas H. Cooper, the Confederate military commander for Indian Territory, is still standing and appears much the same as it did when Cooper occupied the structure. The south barracks is also being restored and is now open to public viewing. A large public picnic area, complete with restrooms, is available adjacent to the restored post.