On the morning of March 14, 1872, Thomas Landrum was shot and killed while unhitching a span of horses in front of Fuller Millsap's residence on Rock Creek. 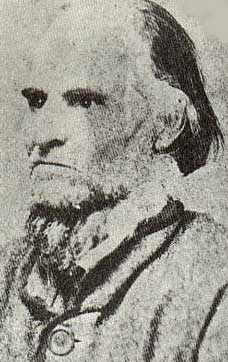 After the massacre of Thomas Landrum, Mr. Millsap and Joseph B. Loving seized their rifles, followed the miscreants, who were on foot, and killed one. Miss Donnie Millsap, a regular heroine, ran after her father with ammunition and was shot through her clothing several times, but fortunately without serious consequences. The Indians dragged off their dead companion and made good their escape. The young lady above mentioned (Miss Donnie Millsap) deserved more than a passing notice, and her many deeds of valor should some day be recorded by one more familiar with her thrilling adventures of frontier life, in order that the ladies of today might see what a conspicuous part their sex took in rescuing the northwestern border from the hands of the savage Comanche and putting it in line with her sister counties in the front ranks of civilization. On several occasions Donnie Millsap helped to defend the homestead during the Indian raids in that section of the country. Her father had but little fear of the hostile fiends, and the daughter seems to have inherited in a large degree the cool and daring bravery which was so characteristic of the father.

The above story is from the book, West Texas Frontier, by Joseph Carroll McConnell.