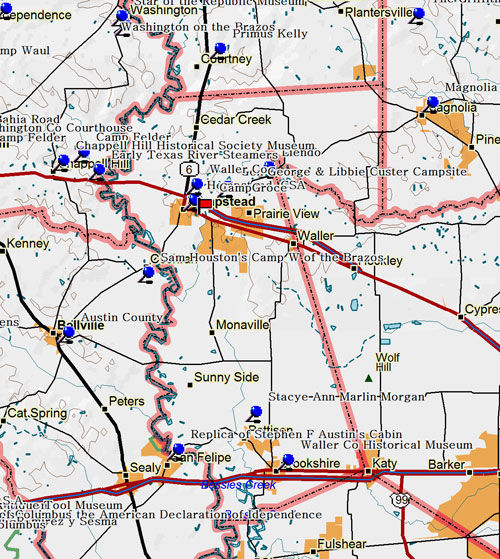 Colonel Leonard W. Groce's Liendo plantation stood on Clear Creek two miles east of present-day Hempstead in Waller County. Camp Groce, or Camp Liendo as it was frequently referred to, was probably established in 1862 to house Union soldiers captured by Confederate forces at the Battle of Galveston. Camp Groce served as a recruiting station for the Confederate Army and a refugee center for women and children fleeing southern states. In December of 1864, all of the prisoners at Camp Groce were paroled and the camp was permanently abandoned as a military prison as nearly 500 prisoners were taken to the port of Galveston where they were turned over to Union forces.