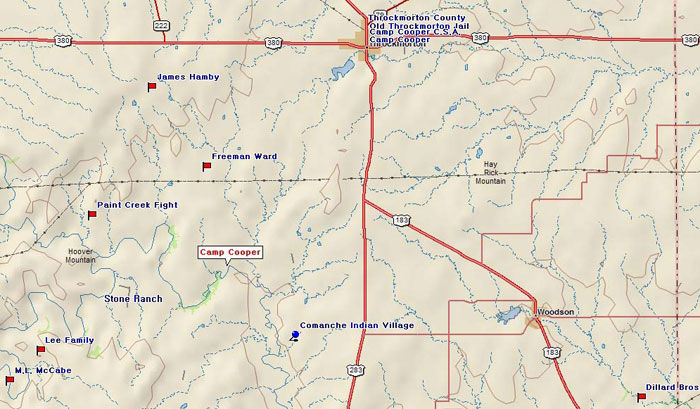 James Hamby, a boy fifteen years of age, numbered among the first settlers of Young county. Prior to his death he had worked for a Mr. Lambshead, who lived near the Comanche Reservation, about four miles northwest of old Fort Griffin. Young Hamby was murdered by Indians during April of 1860, on the head waters of Elm in Throckmorton County.

Ref: The Census records for that same year; Mrs. Stanley and others who were living in Young County at the time.