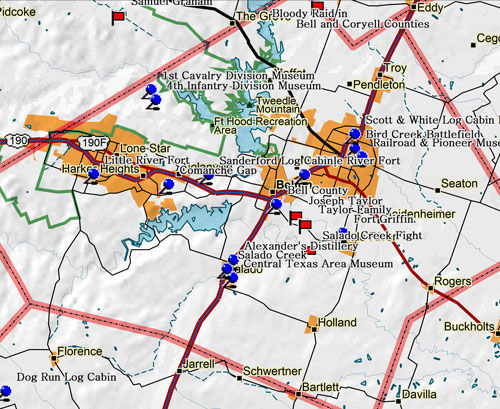 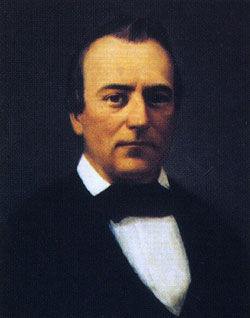 Marker Title: Early Bell County Jail
Address: 210 N. Pearl
City: Belton
County: Bell
Year Marker Erected: 1967
Marker Text: In 1854, four years after the county was organized, a 2-story structure of logs was built on this site, to serve as the first Bell County jail. That log jail was replaced in 1873 by this building of native limestone. In 1874, vigilantes from all parts of Texas raided this jail and executed nine men charged with murder, robbery, horse theft and other crimes. This citizens' attack was regarded as a major factor in ending lawlessness in Bell County during the 1870's. Building was rented to city of Belton in 1884 when third county jail was completed. Sold later. Recorded Texas Historic Landmark, 1967

Marker Title: Bird Creek Battlefield
City: Temple
County: Bell
Year Marker Erected: 1936
Marker Location: In median at intersection of Adams and S I-35 across from Church of Christ, Temple
Marker Text: Named in honor of Captain John Bird who lost his life here May 26, 1839 With only 34 Texas Rangers he met 240 Indians at this point, and routed them. More

Marker Title: Comanche Gap
City: Nolanville vicinity
County: Bell
Year Marker Erected: 1967
Marker Location: At the intersection of Comanche Gap Rd and FM 2410, 2 miles SW of Nolanville.
Marker Text: Break in mountain chain from Lampasas River to Nolan Creek. Route to one of oldest Indian trails in Southwest, and escape point for Comanches after last raid in Bell County. On March 14-16, 1859, the Indians killed four settlers, including John and Jane Riggs. They captured Rhoda and Margaret, daughters of the Riggses, but abandoned them here at the gap as they fled from a posse. Public feeling after this raid led to a campaign against the Comanches, led by Maj. Earl Van Dorn, commanding U.S. Cavalry. Recorded Texas Historical Landmark, 1967

Marker Title: First Cavalry Division
City: Killeen
County: Bell
Year Marker Erected: 1976
Marker Location: At Fort Hood, behind Building 2218 76th Tank Div. Rd and 51st St.
Marker Text: First in Manila--first in Tokyo--first in Pyongyang. The Fifth Cavalry regiment, raised and posted in 1855 to Fort Belknap, Texas, is the oldest unit in the 1st Cavalry Division, United States Army. Next (1866) were the Seventh and Eighth regiments. The Eighth initially saw duty at Fort Concho, Texas. On Sept. 13, 1921, the Dvision was constituted of these and one other regiment (later dropped) at Fort Bliss, Texas, to defend the United States-Mexico Border. In 1933, the twelfth regiment, formed in 1901 at Fort Sam Houston, San Antonio, Texas, came into the Division. Dismounted in 1943 and sent to the Pacific, the Division captured the Admiralty Islands, joined the Invasion of Leyte, and captured Manila on order of General Douglas MacArthur to act as his "First Team". During United Nations action in Korea, the division swept over 100 miles in 11 hours to reach Osan and win victory. It was the first force to enter the North Korean capital, Pyongyang. On July 1, 1965, at Fort Benning, Ga., It was converted to an Airmobile Division--the first in U.S. military history. It had a distinguished record in Vietnam. Since 1971 it has been based at Fort Hood, in the state of its creation and earliest service. (1976)

Marker Title: Fort Griffin
City: Belton vicinity
County: Bell
Year Marker Erected: 1936
Marker Location: 5 miles SE of Belton on FM 436
Marker Text: Site of a picket fort on Little River commonly called Fort Griffin; also known as Fort Smith and Little River Fort. Erected by Geo. B. Erath and 20 Texas Rangers in November, 1836 as a protection against Indians. Abandoned as a military post before the Santa Fe Expedition camped here, June 24-29, 1841 but used by settlers many years as a place of defense against the Indians. More

Marker Title: Little River Fort
City: Belton vicinity
County: Bell
Year Marker Erected: 1969
Marker Location: 2 miles north of Belton on IH-35 to roadside park at Lampasas River bridge
Marker Text: A stockade and blockhouse of the Republic of Texas. Built in November, 1836, by a unit of some 20 Rangers under Lt. George B. Erath (soldier-statesman for whom Erath County was named). By Christmas they had erected 7 or 8 cabins, a blockhouse and a picket stockade, which enclosed about 1/2 acre of land. A spring nearby supplied water. Rations included an ear of corn daily, game, honey and a little coffee. The Rangers withdrew about May, 1837. Later the fort was used by settlers, hunters and adventurers. The remains of the structures were removed, 1840's. (1969) More

Marker Title: Wilson Van Dyke
City: Belton
County: Bell
Year Marker Erected: 1984
Marker Location: Resthaven Cemetery, 1 mi. S. of Belton off Conklin Rd. exit of IH 35.
Marker Text: (Dec. 25, 1817-Aug. 3, 1881) A native of South Carolina, Wilson Van Dyke served as a member of the Somervell Expedition, which was organized in 1842 to expel the Mexican Army from Texas. Under command of Col. W.S. Fisher, he crossed the Rio Grande and was captured. A survivor of the "Black Bean Episode", Van Dyke was imprisoned near Mexico City until Sept. 1844. He later participated in muster activities during the Civil War and died at his home in Bell County. Recorded - 1984.

Some three miles southeast of present day Belton, Kickapoo's attacked the home of Joseph Taylor on the night of November 12th, 1835. 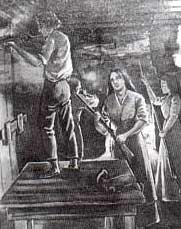 The family held off the Indians and managed to kill two of the attackers. At one point the mother threw a shovel of hot coals into the face of an Indian who was peering through a hole in the wall. Two months after the fight, their fourteen year old son Stephen Frazier joined Sterling Robertson's Ranger company. Rangers arrived the day after the attack, including George Chapman, who lived at the Taylor's home and later married one of the Taylor daughters. She later recalled:

My late husband came to us at the home of Mr. Childers. He had been to our house. The bodies of the two Indians were being eaten by the hogs.

The Rangers cut the heads off of the dead warriors and stuck them on poles as a warning to any other hostiles that should pass that way.