(1826-1881) Indian fighter, lawman and rancher. Settled on the Palo Pinto County frontier, 1854. Led neighbors in defending homes during Indian raids. In 1860 helped rescue Cynthia Ann Parker, who had been taken 24 years before by Comanches. Captain in frontier troops during Civil War, defending northwest Texas from Indians and northern invasion. Camp Cureton, Archer County C.S.A. outpost, was named for him. Sheriff of Bosque County, 1876-80. Grave is on Flat Top Ranch, near here. (1964)

The following pages describe Captain Cureton's fight with Indians on Wolf Creek in 1860. This story is from the book, Indian Depredations in Texas, by J.W. Wilbarger. 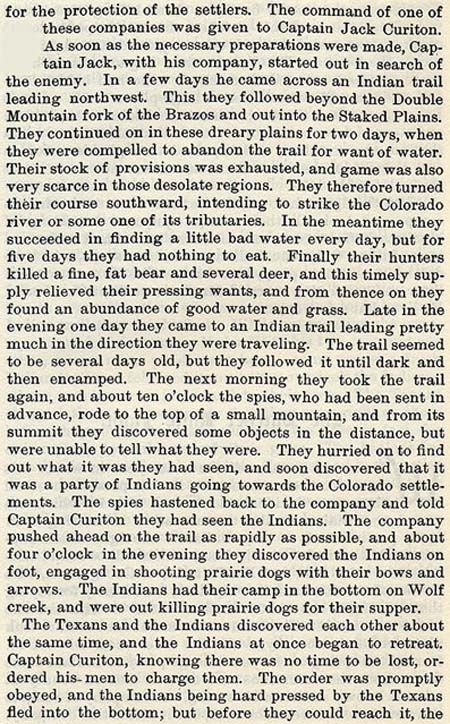 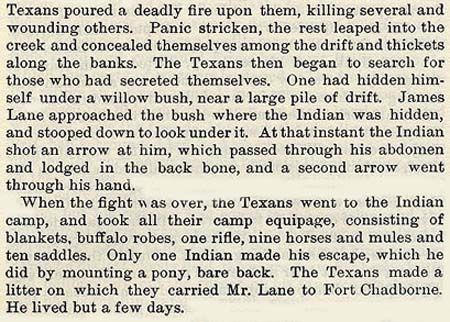