The following Bear River story occurred southeast of Fort Hall in the corner of the state and can be found in the book, Encyclopedia of Indian Wars, by Gregory F. Michno. 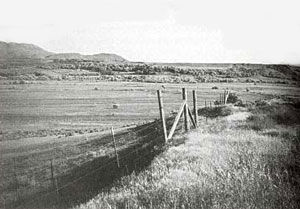 29 January 1863, Preston, Idaho: Col. Patrick E. Connor led troops from Camp Douglas against the Shoshone bands of Bear Hunter and Sagwitch, who were camped in a bend of the Bear River near present-day Preston, Idaho. The 75-lodge village comprised about 450 Indians, about 200 of them warriors. With Company K, 3rd California Infantry; Companies A, H, K, and M, 2nd California Cavalry; 2 howitzers; and a train of 15 wagons, Connor had about 260 men in all.

When Connor and his force splashed across the icy Bear River on the morning of 29 January, the Shoshones were ready for them, positioned defensively along the cutbanks of Beaver (now called Battle) Creek. Maj. Edward McGarry dismounted his soaked and shivering men and launched a frontal attack. About 10 troopers were killed and 20 wounded in the first half hour of this exchange.

Connor then assumed control. He sent out companies to flank the Indians' rear and seal off avenues of retreat. Lt. John Quinn went downstream and Capt. Samuel W. Hoyt went upstream, placing the village in a vise. Many Shoshones began to flee, some by swimming the frigid river, in which they became easy targets. A handful of warriors stayed and defended the village from within a stand of willows along the creek bed.

The four-hour battle was hard fought, not at all the massacre that some have contended. When it was over, the troops counted 224 Indian bodies on the field, including those of Bear Hunter and subchief Lehi. Sagwitch escaped. The soldiers captured 160 women and children and 175 horses and destroyed the village. Connor lost 21 killed or mortally wounded and 46 wounded; 75 sustained frostbitten limbs.

The battle broke the power of the Shoshones in the Cache Valley and Bear River area. One by one, bands began to surrender. Connor was promoted to brigadier general. 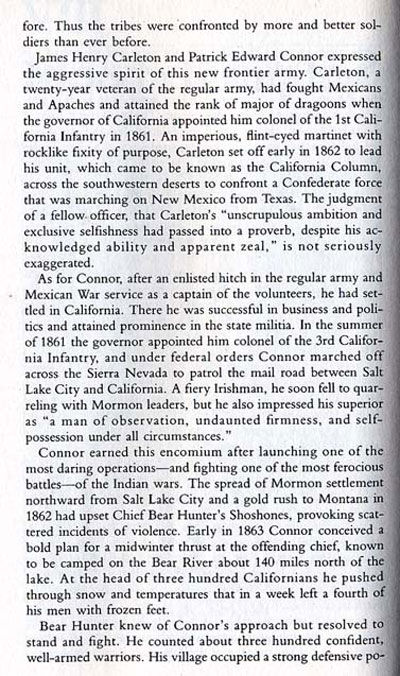 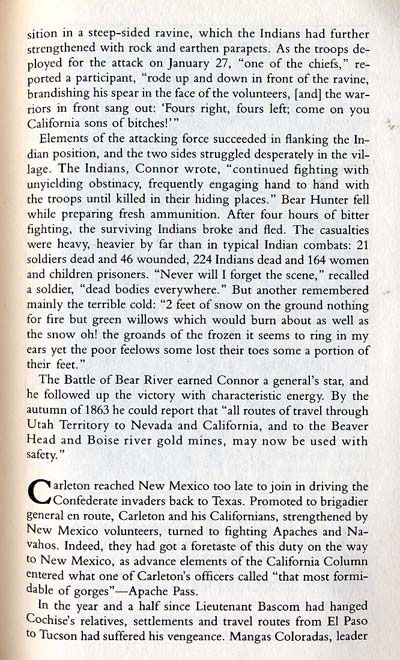