When I first began with the Blue Star Moms, I wasn’t sure about how we were going to get things going as far as packages for the Troops or our Wounded Warriors. Things have moved so fast in a positive direction that I know that being a part of this, even beginning this Chapter, is something I was supposed to do. I know that may sound silly to some, but I am a firm believer that if you are meant to do something in life then the Universe will allow you to succeed. If you truly want to accomplish anything, feel it in your heart, it will come your way, in one manner or another, you will get what you need. By giving you receive.

Mind you, I have felt helpless many times in my life; when my son was in the Intensive Care Unit at birth, I felt this way. It was up to him to begin to breathe on his own without a respirator, which he did after a few days and now, all these years later he serves his Country with pride. Many times throughout my life I have felt that I could not deal with certain things that have come my way but always, I have been able to come up with the courage to see things through. My palms may get sweaty but I “put on my big girl undies and deal with it.” So, when more Moms began to contact me to join with me on this endeavor, I found ways to get things together, sometimes overnight! From standing up and speaking to a group of strangers about what a Blue Star Mom actually is, to putting together new member packets for families, it has been a lot of work. And I have enjoyed every part of it.

However, when it came to sending care packages to our Troops, I didn’t really know how we were going to accomplish this on our own. Where to begin, who to talk to, nothing. I was as new at this as a fresh recruit getting off the bus at Bootcamp! We are all new to this still, we didn’t have a lot of contacts except each other and the income/donations were not there yet. The cash donations we have received we have stood many hours in the heat, cold, wind, and on hard concrete to gain. It is the least we can do, in my estimation, just a little discomfort is well worth the outcome. We do this thinking of our soldiers in the heat and cold, far worse conditions than we put up with.

We have been blessed with over 7,000 packets of instant coffee from Starbucks customers to send to our Troops. We have been able to send handwritten note cards in every single package that we have been able to send to date. These come from those who visit our table when we do things like enduring heat of 103+ degrees at the Annual Chili Cookoff and local dog show. We have had bake sales to raise funds to ship the boxes that we knew that we would eventually, somehow be able to fill. I knew that we were on the right track, I could just feel it in my heart. The angels were listening to be sure!

I received an email from Operation Homefront regarding school supplies for military children to sign up on the website they gave me and was able to list our chapter to receive donations from local Dollar Tree stores. I figured we would receive a little something that we could pass along to the children, even receiving 10 of something would be better off than where we were at the time, with a whole lot of nothing except what we, the moms, were purchasing to send on our own.

Lo and behold, when we received the first call to go and pick up those items, there were at least 15 boxes between just two of the locations chock full of school supplies! We ended up with enough to assist 111 children plus, of various ages and in different locations. We were overjoyed to be able to receive such a generous contribution from the local communities.

Once I saw those coming in, I figured I should get back in the non-profit mode that I used to be in when the boys were in Cub Scouts and see if I could convince another store to do something so I went to Borders Book Store. To my surprise, the assistant manager was a “Navy brat” and they decided then and there to do a book/school supply drive for us. We ended up with over $5,000 in new books, backpacks, and other items for the military children to give to them along with their school supplies. What an awesome blessing!

Once the drive for the school supplies was over, we were still wondering how we were going to be able to support our Troops. My own paycheck can only be stretched so far even when I do shop at Wally World and the “D” store. Many of our moms were out of work due to slowdowns at their places of employment, like many others and we were all stressing about our children being deployed yet again. What to do, what to do?!?

Then, to my surprise, I received another notification from a local D store. Was I the right person for them to call? They had some care package items that they had collected and wanted to give them to someone and they had my name so could I stop by and pick them up? Taking my pickup truck over the next day, I picked up an entire truck bed of boxes loaded with care package items like hand sanitizer, razors, foot powder, combs, snacks of all kinds, candy, and more! I wanted to cry, I was so overwhelmed at the number of items that I actually needed assistance to pick up the rest.

We sent out 55 boxes on our first campaign, which was over 4 months ago with donations from family and friends. Last night, our third packaging to date, we packaged 150 boxes and actually ran out of boxes to fill. We had donations from not only the D store customers, but also from members of the local Veterans Administration staff, local community members, and business owners. People just pop in at our meetings and drop off items for us to send. The local Rotary Club is sending 100 more packages to our Troops with names we have been able to supply to them. A local dental office has bought back Halloween candy and given it to us, over 400 pounds came in last night along with notes written by children from a local school thanking our Troops. A grandma showed up with donations and her teenage grandson, gave me the donations and left him there to help us, she said to give her a call when we were done having him work! He was quite the worker too!

The Army recruiter called me tonight, a local Pastor called him, the church has taken up a collection of items and they wanted to know who to give it to so he told them he had someone who would take it all, he made me laugh when he said he knew just who to call.

I have felt helpless, not knowing how we were going to accomplish all that I had envisioned our chapter doing to support the troops and their families, but apparently, there are plans from above to show me that there are many helping hands out there. I wanted to be able to send to more than one soldier, and my wish is coming true. I know that there are many who don’t know how to help so they give, one dollar at a time, to our Troops. By doing this they don’t realize just how much they are helping each of the moms in our chapter, and all of our family members. Their outpouring of love and support is going overseas, each box as full as we can get it. You don’t have to hold a sign in support of our Troops, just go to a local Dollar Tree store and tell them you want to give to the Operation Homefront collection they are hosting.

We will sort, count, bag, and box. We will label each box, fill out the customs forms, load our vehicles and drive to the post office. We will join together, no longer helpless by ourselves, but stronger together in completing these packagings for our Troops and Wounded. With a sense of love and friendship, we send those supplies over one way or another and the funds to do so will come to us, one way or another to get this done. We have enough right now to send 100 of those 150 packages to the war zone, we still need more funding to get the rest over in time for Christmas and we still have 10 large boxes that need funding to go to our Wounded in Landstuhl. That of course is my next wish! And I believe, that one way or another, it will come true. 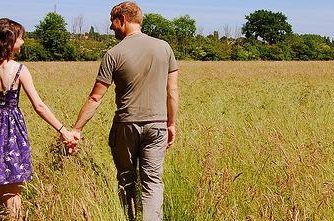 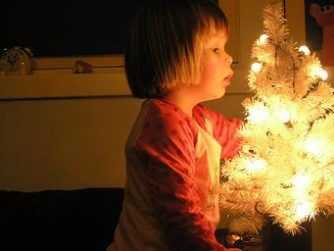 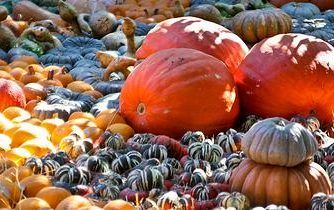 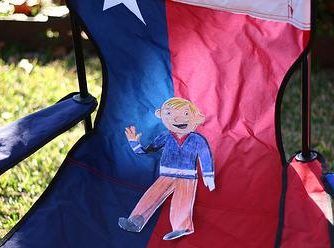 In Sullivan Illinois, the residents have found a great way to honor their military residents serving in the US Armed Forces. When many were deployed...