Enemy of the Comanche, this tribe scouted and fought for Texans and the army but were forced into Indian Territory in the late 1850s. Viciously attacked in the early 60s, the remnants wandered back across the Red River to establish small communities near

...In 1884 the government established a reservation in Indian Territory for the seventy-eight surviving members of the tribe and their nineteen Lipan dependents. That October troops from Fort Clark drove the Tonkawas from their tipi village and herded them onto a train at Albany. Waiting for the transfer at Cisco, they looked consummately out of place to a woman who remembered watching the "female tribespeople...picking the lice out of their children's hair."

The following account is from the book, Frontier Defense in the Civil War, by David Paul Smith. 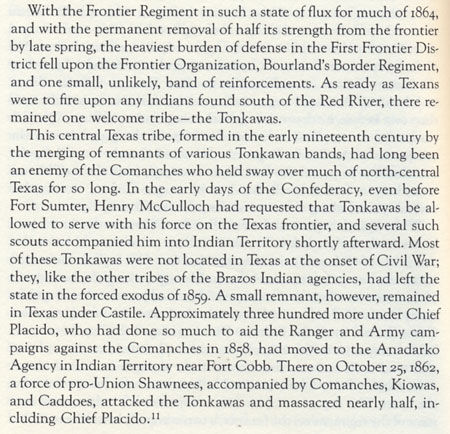 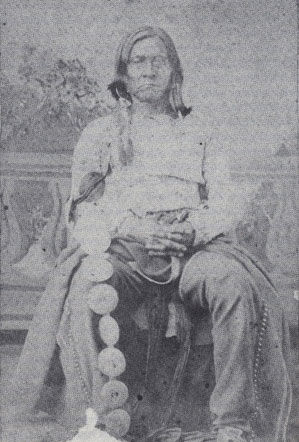 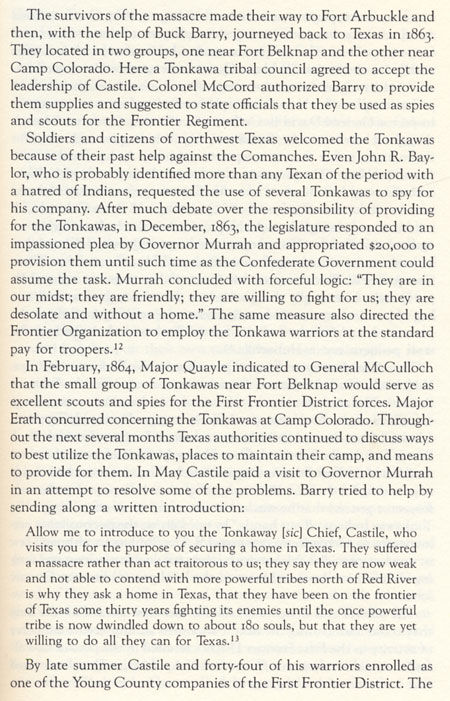 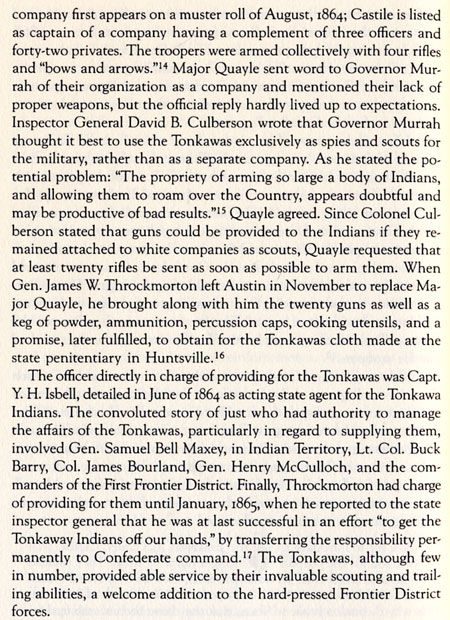