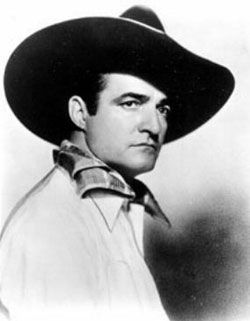 The museum houses items from Tom Mix's personal collection, providing a glimpse into the life of one of Oklahoma's most colorful figures. Those too young to remember the man and his talent are sure to find his story as fascinating as those who watched him ride across the movie screen years ago.

Tom Mix was born on January 6, 1880, in Mix Run, Pennsylvania. His parents Edwin and Elizabeth Mix named him Thomas Hezikiah Mix. When he enlisted in the Army in April 1898, he listed his name as Thomas E. Mix

After a stint in the army Tom moved to Guthrie, Oklahoma Territory, where he worked at odd jobs. At various times Tom worked as a bartender, a hand with Zack Miller's 101 Ranch, and for a short time in 1911, served as Marshal in Dewey, Oklahoma. While working for the 101 Ranch, Tom met Selig and began his movie career. Tom married five times and had two children, Ruth, born July 13, 1912, to Olive Stokes, and Thomasina, born February 12, 1922, to Victoria Ford. Tom Mix died October 11, 1940, in a car accident on a highway between Tuscon and Florence, Arizona.

Tom Mix's movie career spanned 26 years from 1909 through 1935. At various times he was under contract with Selig, Fox, Film Booking Office, Universal and Mascot. In all, he made 336 feature films, produced 88, wrote 71 and directed 117. Tom made only 9 sound feature films and the 15-chapter serial "Miracle Rider." Tom Mix's movies were famous for quick action and daredevil stunts. Tom and Tony, his horse, performed their own stunts. Tom was a superb athlete and kept himself in good physical condition. He pioneered many of the early movie stunts. No trick cameras or fake scenes were used because of the limited shooting budgets.

Misinformation and lore seems to abound about Tom Mix. Some of the stories were created as publicity for the studios, others Tom himself spread and from there the stories multiplied until the truth became hard to find.