Mission San Xavier del Bac is situated in the Santa Cruz Valley nine miles south of Tucson, Arizona. Framed in the warm browns of the surrounding hills and the violet shadows of more distant mountains, it rises, brilliantly white from the desert floor of dusty green mesquite and sage. The imposing dome and lofty towers, the rounded parapets and graceful spires etched against the vivid blue complete a skyline fraught with a gracefull enchantment.

From the earliest times, the Tohono O'odham settlement in which the Mission is located was called Bac "place where the water appears" because the Santa Cruz River, which ran underground for some distance reappears on the surface nearby.

The celebrated Jesuit missionary and explorer, Father Eusebio Francisco Kino, first visited Bac in 1692.  Eight years later in 1700, Father Kino laid the foundations of the first church, some two miles north of the present site of the Mission.  He named it San Xavier in honor of his chosen patron, St. Francis Xavier, the illustrious Jesuit "Apostle of the Indies."

In 1768, Fray Francisco Hermengildo Garces, a man of outstanding personality and prodigious accomplishments among all missionaries in Arizona, established his headquarters at San Xavier. From here this Franciscan Friar set forth on his many missionary explorations.

The present church was built from 1783 - 1797 by the Franciscan Fathers Juan Bautista Velderrain and Juan Bautista Llorenz.  Little is know about the actual labor of the construction of the church, who was the architect, who were the artisans, but many believe it was the Tohono O'odham who fufilled these roles. Why was the one tower apparently never completed is still a mystery to this day, but hopefully one day these questions will be answered.

San Xavier Mission is acclaimed by many to be the finest example of mission architecture in the United States.  It is a graceful blend of Moorish, Byzantine and late Mexico Renaissance architecture, yet the blending is so complete it is hard to tell where one  type begins and another ends.

The church is a series of domes and archs that create onclaves for themes of painted frescos in the various walls, domes and rooms.  The area behind the high alter is is a dazzling gilt of colors.  The fescos on the walls are all original, but over time have needed to be touched up, time and the harsh desert weather takes a toll on the the beauty the is within the church and the entire mission complex.  Currently the the church is going through an ongoing restoration that tries to clean, repair and preserve as much of the church as it can.  Outside the church, the restoration is even more extensive and for this we have the gracious donations of visitors, patrons and the Patronato.

After more than two hundred years later, the Franciscan Friars are still here serving the needs of the faithful.  San Xavier del Bac Mission is a fully functioning parish church within the diocese of Tucson.  It is a church that primarially serves the Tohono O'odham, but is open to all.
If your ever in the Tucson area please come and visit a piece of history, which is our history.

The following story is from the book, On the Border with Crook, by John G. Bourke: 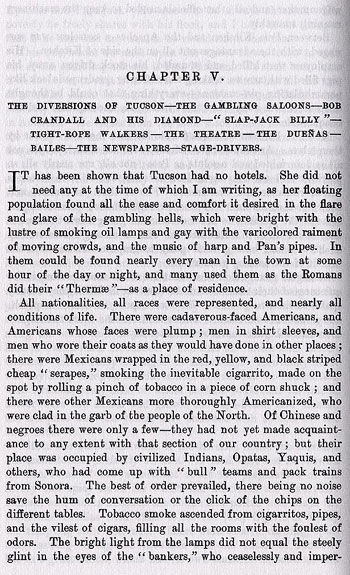 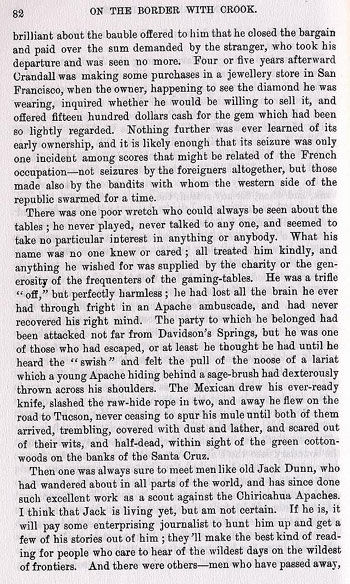 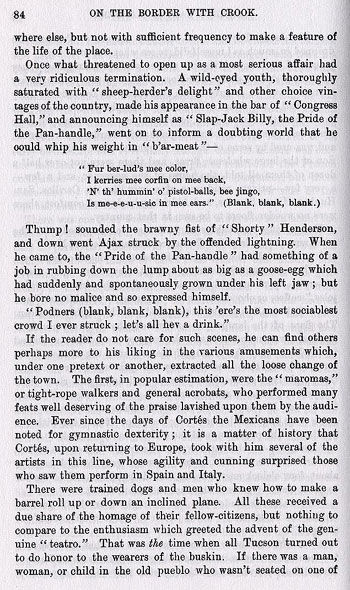 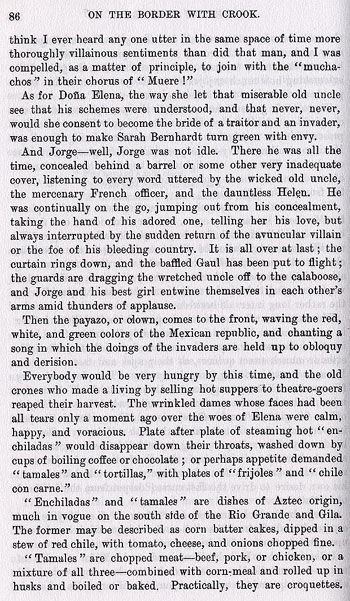 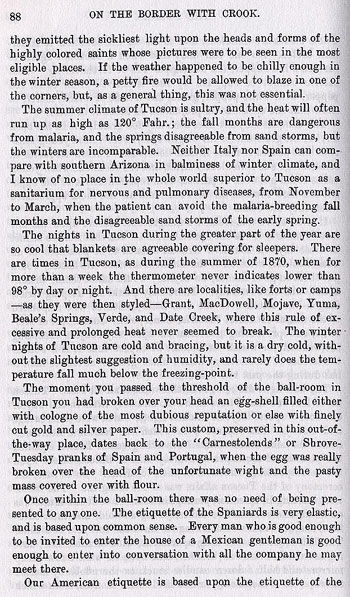 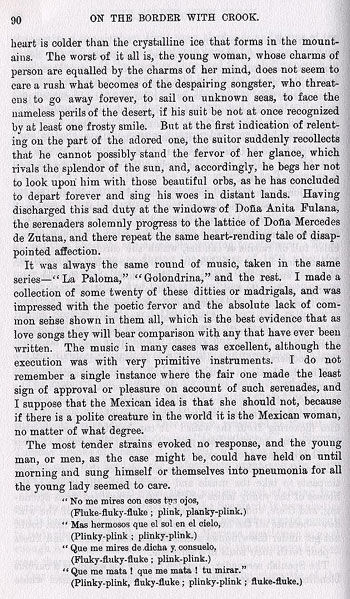 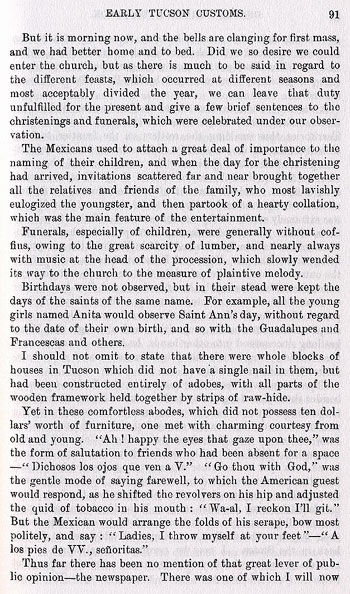 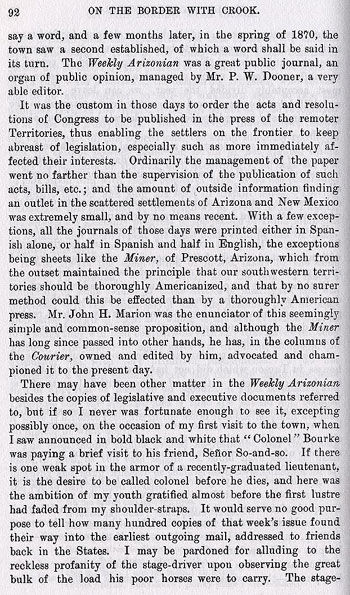 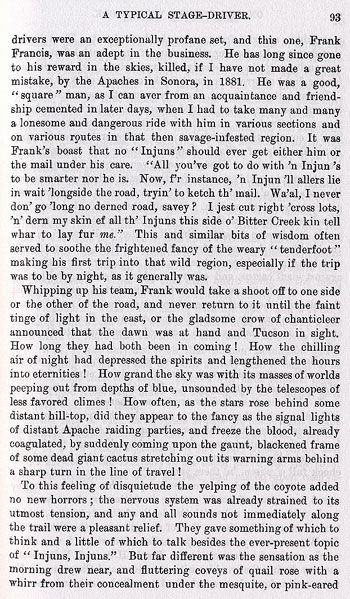 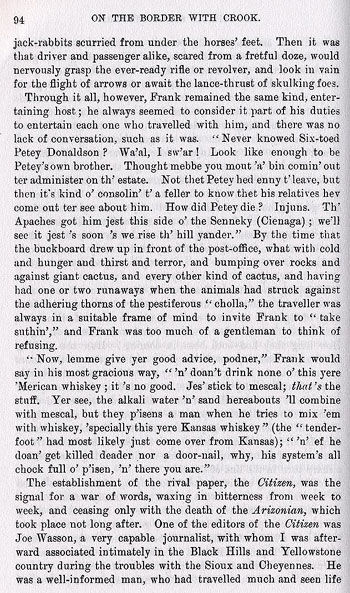 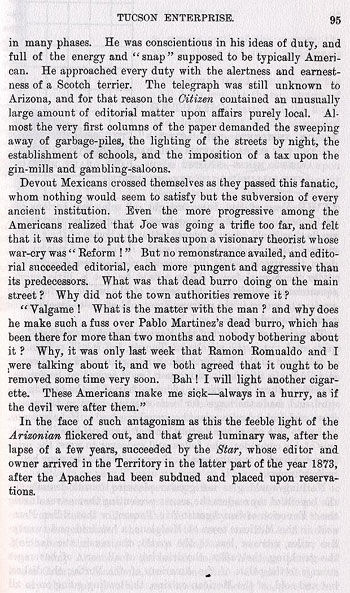 Further on, the story continues: 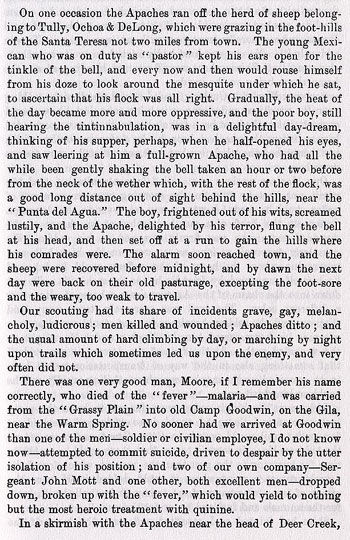 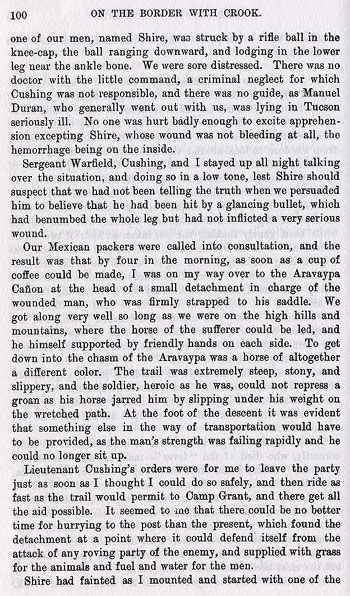 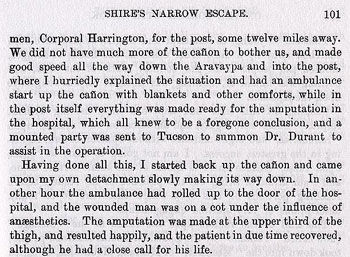 From the same book, Bourke describes the hanging of Cochise in Tucson: 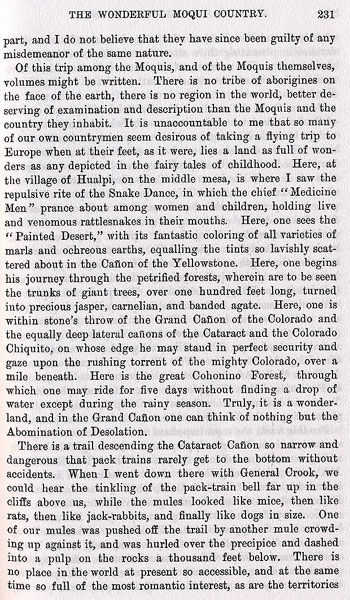 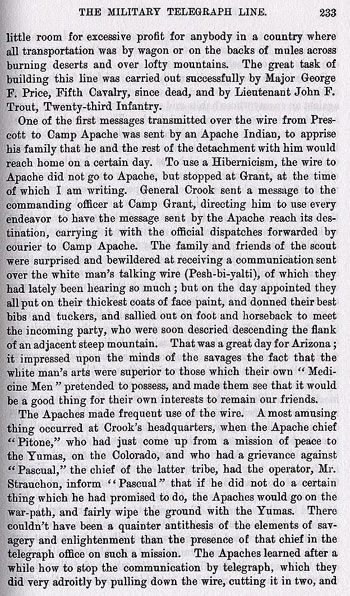 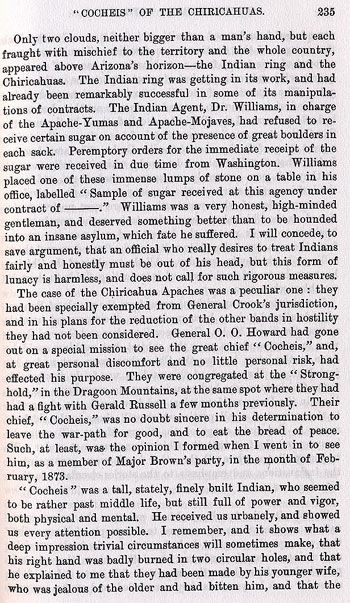 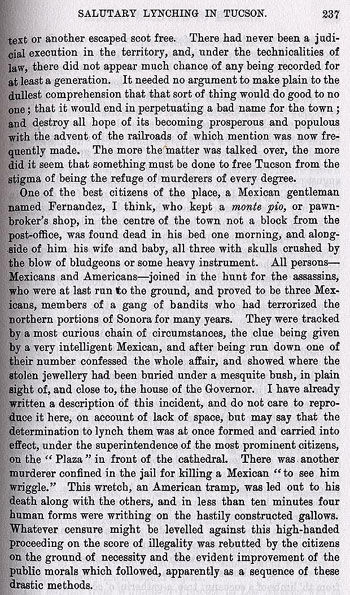 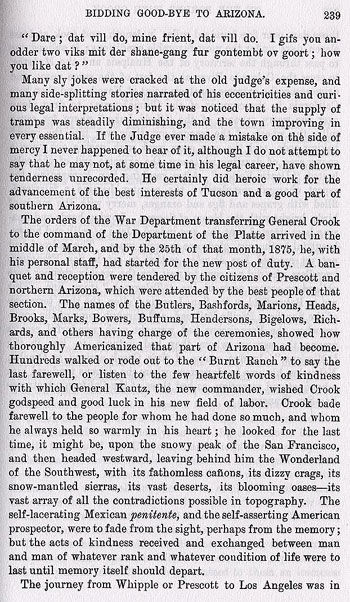 An 1882 description of Tucson by Bourke: 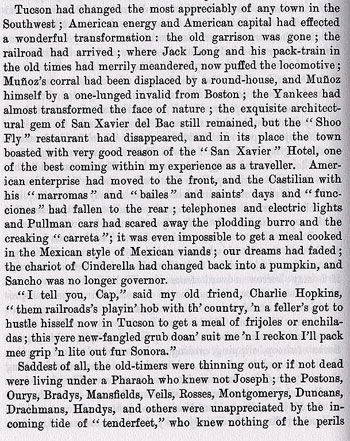