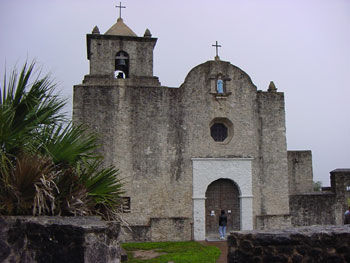 Presidio La Bahía, one-half mile south of Goliad on U.S. Highway 183, was established at this location in 1749, with Mission Espíritu Santo. It has been owned by the Catholic Church since 1853 and is currently operated by the Diocese of Victoria. During the mid-1960s, the Kathryn Stoner O'Connor Foundation funded a restoration project under the direction of architect Raiford Stripling and archeologist Roland Beard. The fort was rebuilt to its 1836 appearance, based on documents and archeological evidence dating from the Texas Revolution. Presidio La Bahía was designated a National Historic Landmark in 1968. Approximately 32,000 people visit Presidio La Bahía annually.

One present significance of the Presidio is that it and the two missions constitute the only surviving example of a Spanish Colonial mission/presidio complex in Texas and one of very few in North America. The preservation of this relationship greatly enhances the visitors' understanding of the partnership between the Spanish Crown and the Catholic Church in colonizing the New World. 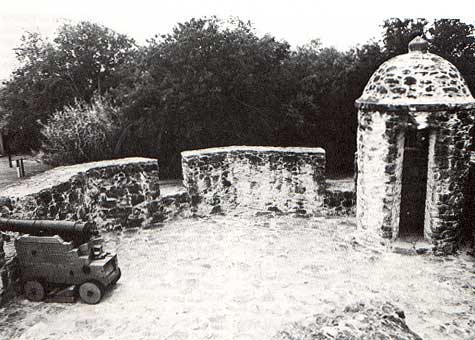 The Presidio chapel still serves as a community church. Visitors may tour the grounds and chapel and visit the Presidio's museum, which contains exhibits and cases of artifacts. The most popular annual event at the site is the Goliad Massacre Living History Program, a two-day reenactment of the Battle of Coleto Creek and the subsequent execution of Colonel James W. Fannin and his troops.

The above information is from the Texas Parks and Wildlife Department.