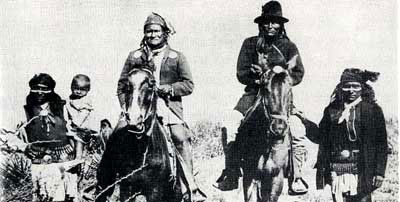 Geronimo, left, and Naiche Surrendering for a Second Time.
Picture from the National Archives

On May 15, Captain Charles Hatfield, commanding elements of Company D of the 4th Cavalry located and attacked an Apache encampment on Rio Bavispe in the Santa Cruz Mountains. The Apache got away, allowing the troops to capture some of their horses and equipment. As they were leaving however, the troops were ambushed by the same Apache. During the ensuing fight, two men were killed, and Sergeant Samuel Craig was seriously wounded. Despite this, he fought bravely and was awarded the Congressional Medal of Honor for his "conspicuous gallantry." 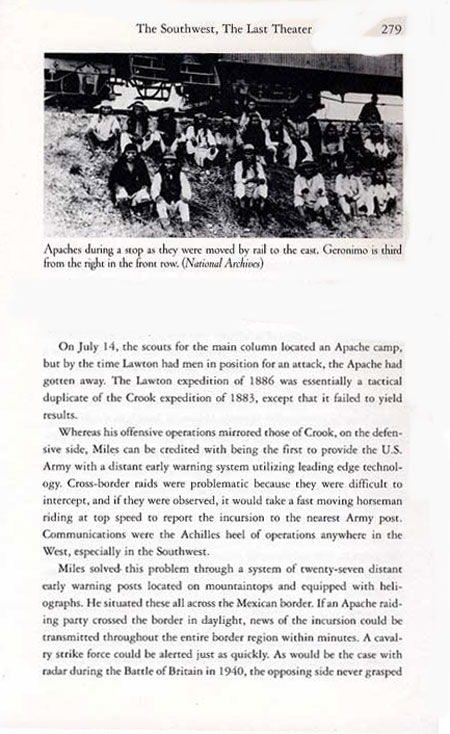 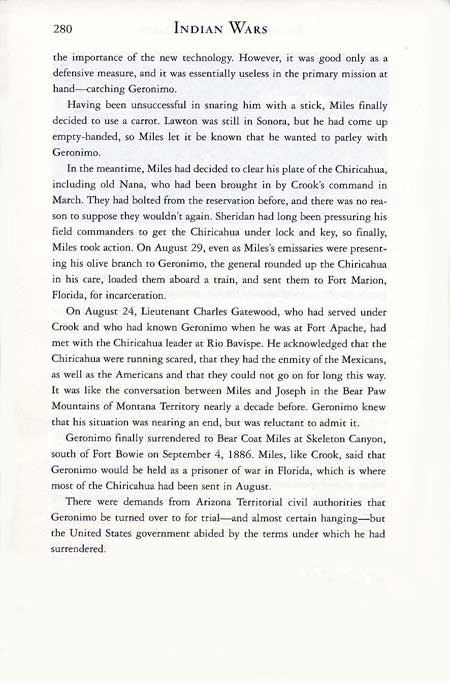