Gregory F. Michno describes the Little Blue River Raid which is just southeast of Fort Kearney in his book, Encyclopedia of Indian Wars. 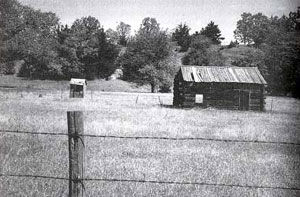 7-9 August 1864, Oak, Nebraska: Trouble brewing earlier in 1864 broke out in a fury at the end of the summer as hundreds of Cheyennes and some Sioux rampaged along the Overland Trail. Particularly hard-hit were ranches along a 60-mile stretch of the Little Blue River between present-day Fairbury and Hastings, Nebraska. On 7 August, 23 civilians were killed or mortally wounded. On the 9th, nine people were killed or mortally wounded, most of them at the Gilman ranch; three others were wounded. When the raids were over, Indians had killed 38 settlers, wounded 9, and captured 5.