Colonel Karnes relied on his young scout, John Coffee Hayes, to find the renegade Comanches on November 1, 1839, a few miles from present-day Fredericksburg. The enemy was sited. 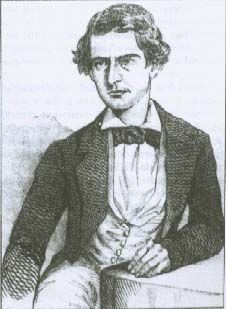 ...he guided Karnes and Wilson's troops to the Comanche camp, "which they reached about an hour before a day." Just as Karnes' rangers began closing in on these Indians, a horse belonging to one of the Comanches became frightened and alerted the sleeping Indians. The surprised Indians grabbed their weapons, and the shooting commenced. "The Indians were taken by surprise," wrote Hays, "and thought more of flight than fight."

They "surprised about 25 Comanches just at daybreak and before the Indians could make their escape 10 or 12 were killed."

Twelve of them were found dead on the ground, among whom was Asa Minor, the Leader-a chief or great note. He had been shot through by two balls, and lay as dead for three days-when he was found with life still in him. His countrymen recovered him and he was soon restored to health. He afterwards came to Bexar, and there related his fate, stating that he had lain dead three days, and then came to life.