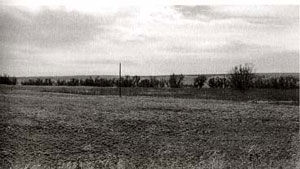 11 June 1864, Parker Colorado: After Indians ran off some cattle at the Van Wormer ranch, about 30 miles southeast of Denver on Running Creek, ranch manager Nathan W. Hungate rode out to look for strays. Seeing smoke rising from the direction of the ranch, he rode back to find the house on fire and his family dead, then he was captured and killed. The perpetrators were believed to be a small band of Arapahos.

The four badly mutilated bodies were brought to Denver and put on display. Outraged Denverites, along with the city's newspaper, the Rocky Mountain News, screamed for revenge.