The return of Geronimo to the hostile list sent reverberations throughout the Southwest Theater of operations. District of New Mexico commander Colonel Ranald Mackenzie's troops were the first to see action in the new year. Specifically, it was Lieutenant Colonel George "Sandy" Forsyth and a detachment of the 4th Cavalry-Mackenzie's old outfit-that crossed paths with the Apache at Horseshoe Canyon in Arizona. The unit had been trailing the Apache into the Pelloncillo Mountains, when their advance scouts were ambushed by Loco's band on April 23. 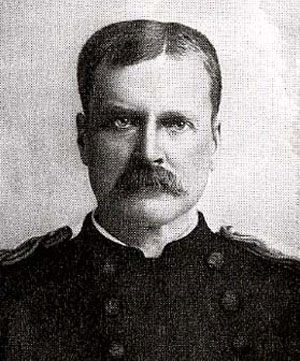 After the firefight had been raging for a while, Forsyth himself arrived on the scene with four companies and began the difficult task of assaulting the Chiricahua, who held the higher ground. By day's end, Loco set a grass fire to cover his exit and escaped. Sandy Forsyth had lost four scouts and two troopers killed in action, and he counted two Apache dead. Two men of the 4th Cavalry, wagoner John Schnitzer and Lieutenant Wilbur Wilder, earned the Congressional Medal of Honor at Horseshoe Canyon for rescuing a wounded comrade under heavy enemy fire.

Loco slipped twenty miles into Mexico and set up camp in the Sierra Enmedio, thinking his band immune from the long arm of the U.S. Army. In fact, both Forsyth and a 6th Cavalry detachment led by Captain William Rafferty and Captain Tullian Tupper had picked up their trail and followed them. On April 28, just five days after Horseshoe Canyon, the 6th Cavalry sprung an attack on Loco. The fierce shootout ended only when the troops ran short of ammunition and withdrew.