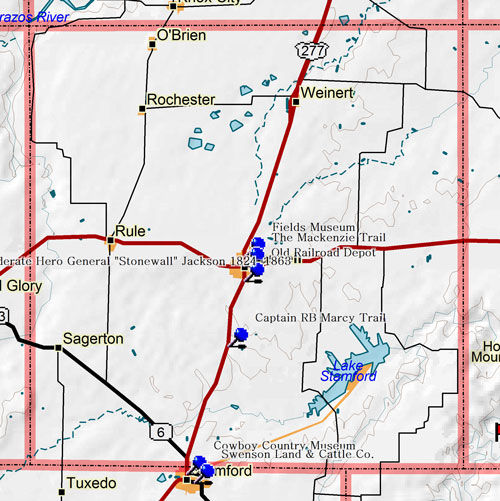 Marker Title: Capt. R.B. Marcy Trail
City: Haskell vicinity
County: Haskell
Year Marker Erected: 1934
Marker Location: from Haskell, take US 277 south about 6.5 miles
Marker Text: State recognition of the Captain R.B. Marcy Trail marker as an Official Texas Historical Marker has been announced by Mrs. Sue Barfield Chairman of the Haskell County Historical Survey Committee. The marker is located 6.5 miles south of Haskell, Highway 27. Sponsored by the American Legion - Haskell Post at the time of its erection in about 1934, the marker commemorates the approximate spot where the Marcy Trail intersects the present highway.