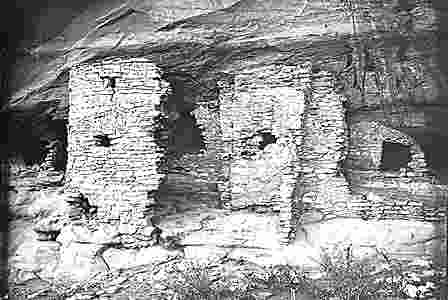 The Fort Wingate Army Depot sits among the red rocks located 7 miles east of Gallup along U.S. Interstate 40, next to the reservations of the Navajo Nation and the Zuni Pueblo Tribe in New Mexico. According to the Navajo and Zuni, Fort Wingate is an ancestral home of both tribes. In 1918, the Army established a munitions-depot around an old cavalry post. From 1918 until its closure in 1993, the 22,000-acre installation stored and demolished ammunition.

Fort Wingate contains sites rich in cultural heritage and historical significance. Over 200 Navajo ruins were discovered on the property, as well as several modern earth-covered dwellings called "hogans". The property served for centuries as a hunting and gathering area for the Zunis. Over 600 archeological sites were recorded by surveyors, including an additional 200 ruins traceable to the Anasazi, ancestors of the Zuni.

Corps Of Engineers (COE) project managers recognized early that efforts to identify sites of cultural and historical significance would face possible resistance from the Navajo and Zuni. For many members of the tribes, divulging locations of religious and other sacred areas diminishes the sites' sacred nature.

Archaeologists and ethnologists working with the COE had to convince the tribes that although the Army needed to find sacred sites, it did not want to know the type and nature of the sites. In addition, project scientists had to overcome a legacy of more than 100 years of mistrust. Mistrust, unfortunately, was created by researchers who repeatedly violated the trust of the Native Americans by divulging the location of sacred sites and the nature of religious ceremonies.

The Army wrote a Memorandum of Agreement (MOA) to ensure that they received the information necessary to conduct restoration activities while respecting the concerns of the two tribes. Signatories to the MOA included representatives from the Army, Department of the Interior, Advisory Council on Historic Preservation, New Mexico State Historic Preservation Office, the Navajo Nation, and the Zuni Pueblo Tribe.

Throughout the project, the COE took unprecedented steps not only to secure information needed to complete the project, but to ensure the privacy of the data. Any information revealed about the type or nature of the site would remain confidential between the researcher and the tribe. To ensure the privacy of information specific to each tribe, COE issued a main report supported with two appendices-one cataloguing sites for each tribe. The Army will not publish the appendices as part of the main report. Further, access to the information is restricted from Freedom of Information Act requirements. In keeping with recent archaeology reporting standards, each tribe was allowed to review the main report and its respective appendix prior to the COE's peer review process.

The Army divided the investigation to identify cultural and historical sites as follows: an archaeological survey of remains left on or in the ground, and a survey of traditional cultural properties based on interviews with tribal representatives. The traditional cultural properties investigations consisted of on-site inspections and ethnographic interviews with tribal members of three chapters of the Navajo Nation and a cultural team of the Zuni Pueblo Tribe.

The Navajo and the Zuni participated in a process in which their concerns were recognized as legitimate. The process also reestablished the tribes' connection to areas of exceptional cultural significance. Each tribe can now respond to restoration efforts from a more informed position that balances tribal cultural needs with the cleanup requirements.

The COE believes that its efforts to balance the concerns of the local community with the scientific needs of the restoration process furthered its goal of building trust in the process. COE's work at Fort Wingate provides a remarkable example of diverse organizations and people cooperating to achieve a mutual goal.