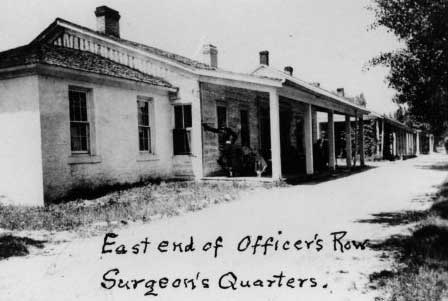 Built to protect the reservation created for the friendly Shoshonis in 1868. It also guarded nearby mining settlements. It was originally located in Lander, and was first known as Camp Auger, and then Camp Brown in 1870. The post was moved in 1871 to its present location. The fort was renamed in 1878 after Chief Washakie who was buried near here in 1900. Since 1909, the fort has been used as an Indian agency. A few of the military buildings remain.