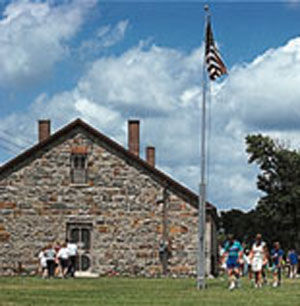 In 1853, the U.S. military started construction on Fort Ridgely, near the southern border of the new reservation and northwest of the German settlement of New Ulm. The fort was designed as a police station to keep peace as settlers poured into the former Dakota lands. 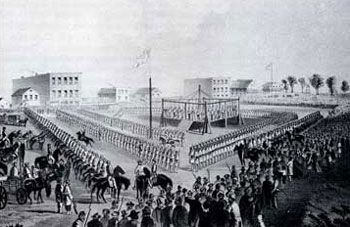 Execution of the 38 Sioux Indians at Mankato in December 1862. Photo from the book, Encyclopedia of American Indian Wars, by Jerry Keenan.

Nine years later, unkept promises by the U.S. government, nefarious practices by fur traders and crop failure all helped create tensions that erupted into the U.S.-Dakota war in August 1862. Dakota forces attacked the fort twice-on Aug. 20 and Aug. 22. The fort that had been a training base and staging ground for Civil War volunteers suddenly became one of the few military forts west of the Mississippi to withstand a direct assault. Fort Ridgely's 280 military and civilian defenders held out until Army reinforcements ended the siege. 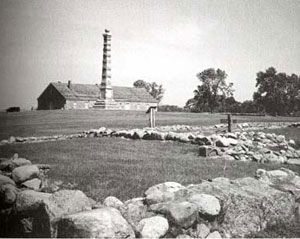 Picture from the book, Encyclopedia of Indian Wars, by Gregory F.Michno.

The park itself is open daily from 8am to 10pm.

Open Memorial Day, 4th of July and Labor Day.
During the winter season there are no regular office hours. 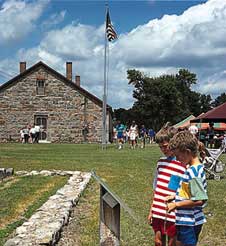