Twelve miles northeast of present day Bronte on US 277.

Since 1999 not only have all ruins been stabilized, but now several of the buildings have been restored including the Barracks, Single Officers Quarters, Cellar, and in a couple of months they will complete restoration of the Double Officer's Quarters.

The Fort Chadbourne Foundation was established February 1, 1999 as a 501(c) 3 non profit charitable organization to preserve, stabilize, and partially restore the historic site of Fort Chadbourne and present it to the public. The fort site is open to the public for self guided tours during daylight hours, seven days a week and there is no charge for touring the site but donations are gladly accepted. 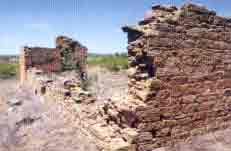 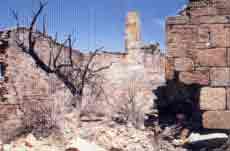 Fort Chadbourne was established October 28, 1852 by companies A and K of the Eighth United States Infantry. The fort was named for 2nd Lt. Theodore Lincoln Chadbourne, who fought and was killed in the Mexican War in the Battle of Resaca de la Palma. Fort Chadbourne is one of the frontier forts established to protect the settlers moving west. 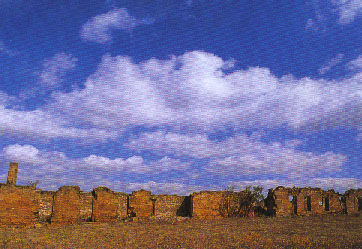 Among the more notable figures who served at the post prior to the Civil War were Lts. James Longstreet, Arthur Pendleton Bagley, and George E. Pickett, each of whom became distinguished Confederate generals during the War of Rebellion. Miles W. Keogh was also posted to Fort Chadbourne during its brief re-occupation in 1867. He, as captain in the Seventh United States Cavalry, was destined to fall at the Battle of Little Big Horn some nine years later on June 25, 1876. (Crimmins 1950, 444-445; Bitner 1933, 7-8)

Fort Chadbourne was in the heart of Peneteka Comanche country. Though the tribe was officially at peace, Chiefs Sanaco and Buffalo Hump led bands of this tribe on raids. Occasionally bands of Indians would make a friendly visit to the fort.

In his book, Our Wild Indians, Col. Richard M. Dodge, who knew the Old West from experience attaches to Fort Chadbourne a tale told throughout the Great Plains frontier.

Indians were fond of both horse racing and gambling and not infrequently officers and troops stationed at the various frontier posts would engage in some competition with them. On one particular occasion a band of Comanches under Mu-la-que-top camped near Fort Chadbourne. During the course of their stay some officers from the post challenged the Indians to a bit of horse racing. The Indians accepted the challenge with the result that their somewhat inferior and often pathetic looking entry bested a magnificent Kentucky mare owned by one of the soldiers. The Comanche rider added insult to financial injury by riding the last fifty yards of the race mounted face to tail, beckoning the rider of the mare to come on. 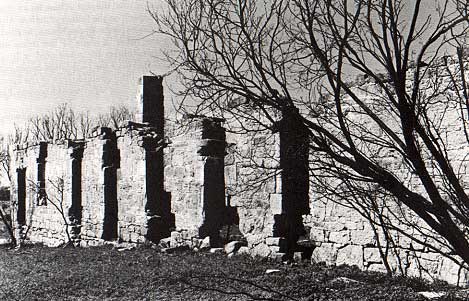 In August of 1853, Co. W.G. Freeman, conducting an inspection of the post noted in his report that even though a direct road connected Fort Chadbourne with Fort Mason, one hundred twenty miles to the southeast, no communications had existed with Fort Phantom Hill to the north. At the time of Freeman's inspection the two forts, situated only fifty-nine miles from one another, had coexisted in the region for eleven months. In fact, the trail connecting the two posts was so indistinct and difficult to follow that Freeman's guide to Fort Phantom Hill, an original explorer of the route, became temporarily lost on the journey. (Crimmins 1950, 443,448)

Col. J.K.F. Mansfield noted in his inspection report of 1856:

"The country about here is not particularly inviting to settlers and I should think on account of the generally poor land and dry seasons, it will not soon be occupied. There are no settlements unconnected with the garrison directly or indirectly. "(Crimmins 1939, 369)

In 1854, Indians killed Capt. Van Buren near the fort. Later that year, Comanches caught two military mail carriers, tied them to a tree and burned them. One soldier returned to camp with fourteen arrows protruding from him. Future general David M. Stanley commented that he looked like a porcupine. Miraculously, he recovered within a few weeks. More