In February, 1857, Lieutenant Hood was wounded leading a patrol that attacked five warriors, killing three and capturing two. In July, Lieutenant Hood had caught up with a large band of Comanche on the Devil's River. The fight, which took the name of the river, was the second cavalry's greatest victory. The Indians waved a white flag; Hood cautiously led his men toward them. When he was close enough, the Indians threw down the white flag and set fire to the dry brush. A wall of flames thirty-foot high rapidly engulfed Hood's men. Dozens of warriors with lances and shields attacked his flanks, dozens more sniped from the surrounding high ground. Two warriors came straight at Hood in an attempt to dislodge him from his horse but he had a sawed-off eight-gauge shotgun, a favorite Comanche weapon. It cut them both in half. His sergeant split a warrior's head in half to the chin, Hood's double-barrel was empty and he too pulled his sabre. His troopers' long barrel Walker Colt revolvers were deadly effective in close action but soon they had emptied their cylinders. The female tribespeople reloaded the snipers muskets and so they maintained heavy fire from the high ground. Hood's left hand was struck by an arrow. He broke the shaft and removed it, wrapping his hand in a handkerchief.

At this point, he and his troops were highly vulnerable, but the smoke cleared sufficiently for the female tribespeople to see the dead warriors who were scattered about the battlefield. They stopped reloading and took their knives, howling, as they mutilated their breasts and arms, a traditional expression of mourning. Hood took this opportunity to disengage. The Indians gathered their dead and withdrew. Hood estimated eight to ten killed. The Indians later confirmed they had lost nineteen and had many more wounded. Hood lost two men, William Barry and Thomas Ryan, and had four seriously wounded. He and his troop were commended by General Winfield Scott. These patrols prohibited the plains raiders from following the Comanche trace into Mexico. For the first time in a century, there was peace on the north Mexican frontier. After three centuries of terrorizing south Texas, the Lipan Apache were forced into Coahuila, where they joined the Kickapoo. At the end of 1857, Ford replaced Davis as secretary of war and he transferred a large portion of the Second Cavalry to Utah. Within weeks, the raids resumed.

The practice of keeping troops on patrol in the frontier proved to be a successful addition to the previous defensive policy of maintaining safety near the forts.

An earlier fight occurred at Devil's River in 1849, when Indians attacked "Big Foot" Wallace as he escorted a mail coach to San Antonio. J.W. Wilbarger provides Wallace's account of the incident in his book Indian Depredations in Texas: 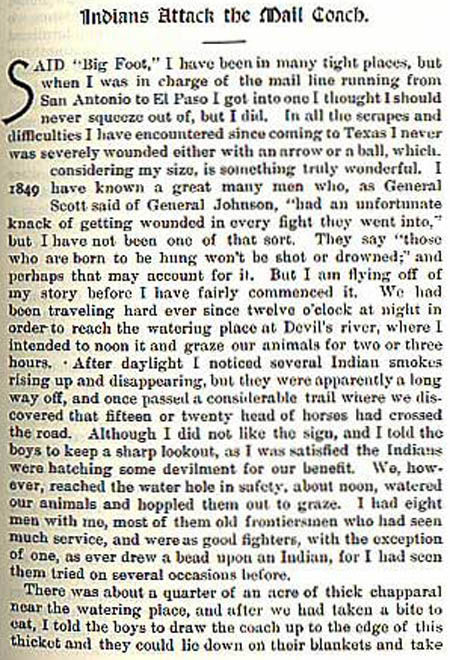 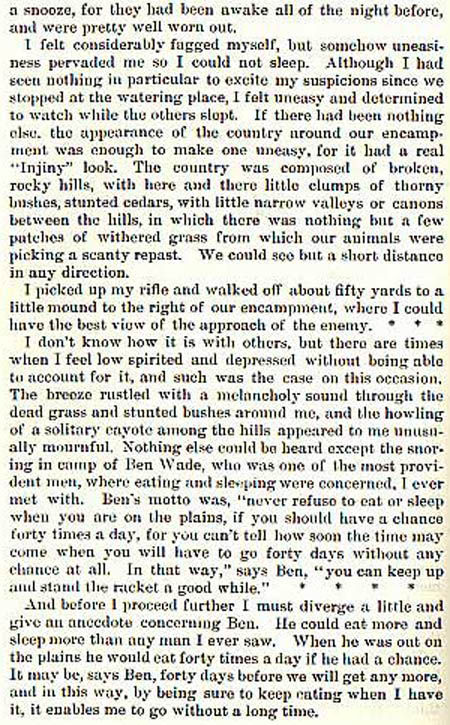 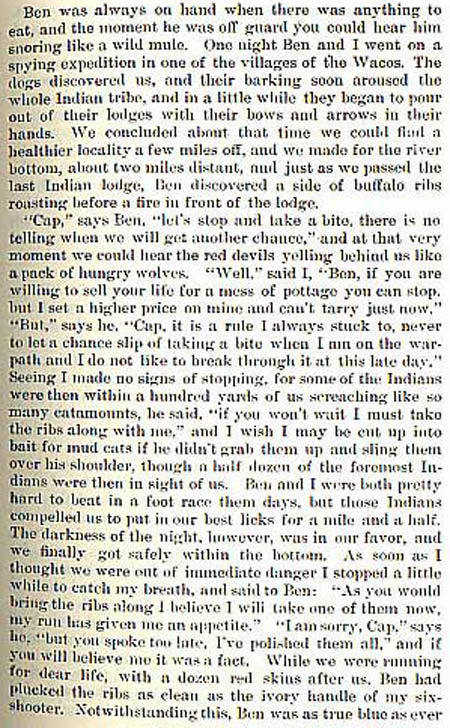 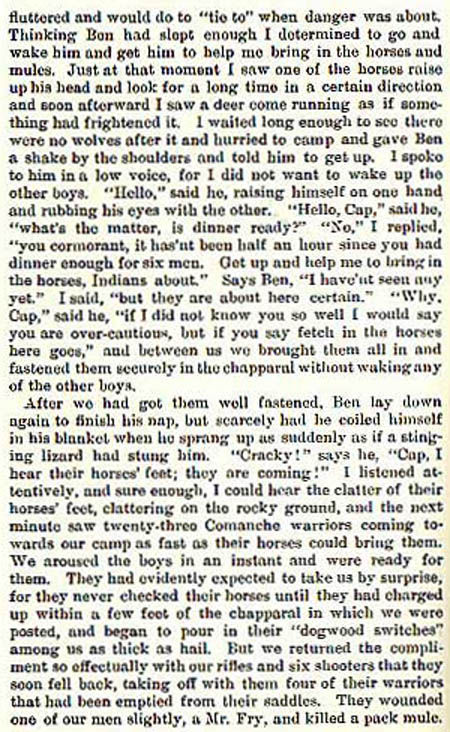 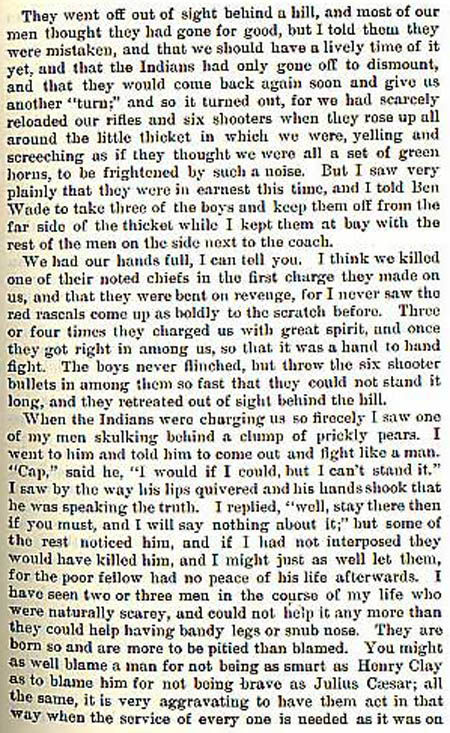 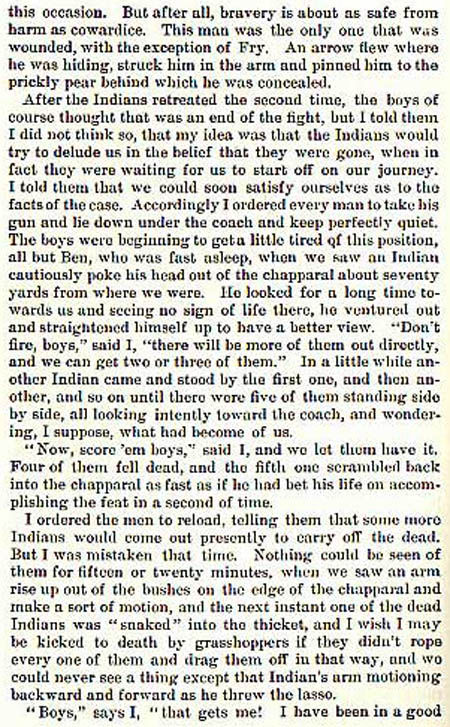 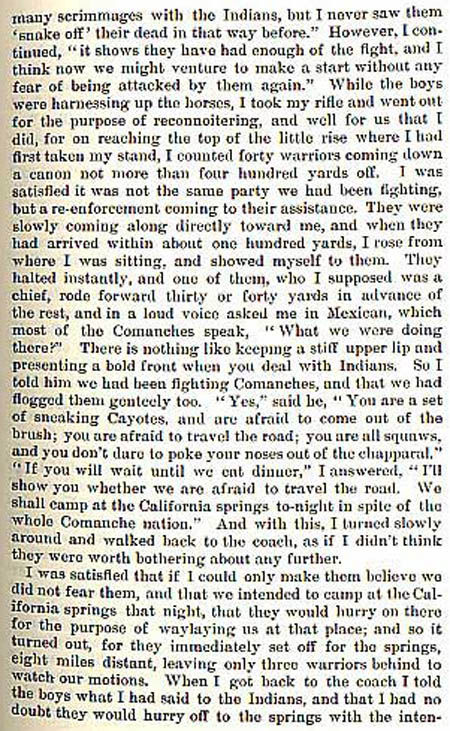 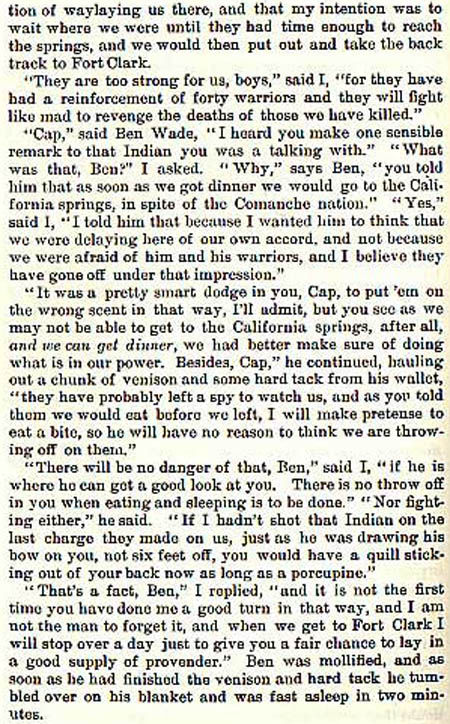 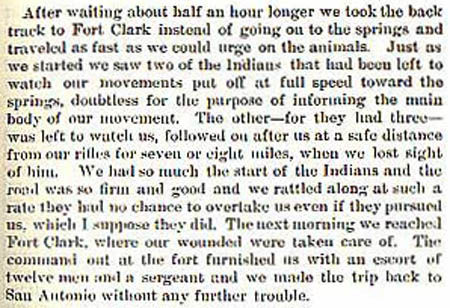