Battle on the Clearwater 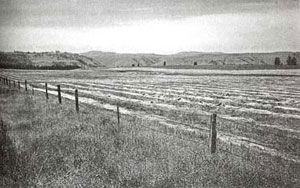 By the beginning of the second week in July, Looking Glass had joined Joseph's band and they had decided to leave the Clearwater River country of Idaho and cross over the Bitterroots in to western Montana Territory, using the long-used Nez Perce trail across Lolo Pass that Lewis and Clark had used in 1805 and 1806. The Nez Perce party that Joseph now led numbered eight hundred, with just three hundred being men capable of bearing arms. The rest were women and children.

Also by this time, General Howard had taken to the field with his own large task force, which incorporated Whipple's and Perry's commands. Numbering five hundred troops, Howard's column contained elements of four companies of the 1st Cavalry, six companies of the 21st Infantry Regiment, and five companies of artillerymen from the 4th Artillery that he would use mainly as infantry. Captain James Jackson's Company B of the 1st Cavalry wa also en route from Fort Klamath to join the force.

Howard's plan was to go after Joseph's band, round them up, and take them to the reservation. Outnumbered, and with women and children slowing him down, Joseph seemed to be easy pickings.

On July 11, Howard discovered the Nez Perce encampment in the valley of the Clearwater as he was working his way across a ridge. He attacked with artillery, but at too long a range for accuracy. The troops worked their way into the valley through difficult terrain only to find the Nez Perce shooting at them from three sides. The Nez Perce kept the soldiers pinned down through the night and into the following day. Howard found himself in a difficult position from which he hoped to extricate himself by a breakout maneuver.

The siege was finally broken by the fortuitous arrival of Captain Jackson from Fort Klamath, who entered the scene, coincidentally, from the Nez Perce rear. They scrambled to avoid being surrounded and escaped across the Clearwater. As Joseph slipped away. Howard licked his wounds. He had lost seventeen of his men killed in action, with twenty-seven wounded. Joseph meanwhile, lost at least four, although Howard claimed twenty-three killed in action and forty-six wounded.

Lieutenant Charles Humphrey of the 4th Artillery earned his Congressional Medal of Honor on July 11 when he "Voluntarily and successfully conducted, in the face of a withering fire, a party which recovered possession of an abandoned howitzer and two Gatling guns lying between the lines a few yards from the Indians."

Howard waited until the next day to undertake a pursuit, permitting the fast-moving Joseph a considerable head start. This would haunt Howard later. He sent Major Edwin Mason of the 21st Infantry Regiment with elements of five cavalry companies to chase the Nez Perce, while he pulled his cumbersome column through the mountains. Mason was ambushed on July 17 at Weippe Prairie-ironically the same place that the Nez Perce had welcomed Lewis and Clark with open arms seventy-two years before. After a brief gun battle, the Nez Perce slipped away. Forced by the terrain to dismount his cavalry, Mason could not keep pace and lost them.

Things were not going nearly as well for Howard as he had predicted.