The following information is from the book, Encyclopedia of American Indian Wars, by Jerry Keenan.

Located in northeast Arizona, Canyon de Chelly (pronounced "de shay") is a sprawling canyon complex that reaches 1,000 foreboding feet high in places. A literal translation of the name means "where it flows from the canyon." For decades, Canyon de Chelly was a Navajo stronghold, a fortress from which the tribe defended itself against incursions from the Spanish, Americans, and other Indians.

Gregory F. Michno describes the battle at the canyon in his book, Encyclopedia of Indian Wars. 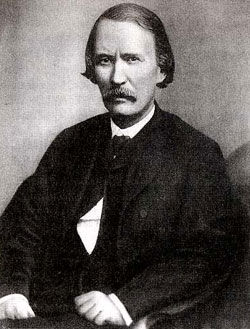 Having been successfully fighting Navajos since the summer of 1863, Col. Christopher "Kit" Carson received orders from Gen. James H. Carleton to end the campaign with a winter sweep through the Navajo stronghold of Canyon de Chelly. On 6 January, Carson led 375 enlisted men and 14 officers, most from the 1st New Mexico Cavalry, out of Fort Canby. Capt. Albert H. Pfeiffer was to enter the east end of the canyon with about 100 men while Carson marched up from the west end. It was the first time troops had been in Canyon de Chelly since Col. Dixon S. Miles had marched through it in 1858. He had recommended that no command enter it again.

A scouting party under Sgt. Andreas Herrera rode ahead. At the canyon's western end, the scouts killed 11 Navajo warriors and captured 2 women, 2 children, and 30 sheep and goats. The command then headed east, Capt. Joseph Berney leading a company along the northern rim and Carson and Capt. Asa B. Carey leading another along the south rim. When Carson came within sight of the canyon's eastern end, he did not see Pfeiffer and hurried back west.

Pfeiffer had missed his entry point in a snowstorm, so he led his men through the Canyon del Muerto, a northern branch, instead, snaking his way along the icy creek at the bottom. There his men killed 3 Navajos, found some who had frozen to death, and captured 90, while others fled. All the while, from the cliff walls, Navajo warriors harassed Pfeiffer's soldiers, shooting and hurling rocks down at them as they made their way through the canyon.

When Pfeiffer and his troops appeared at the west end, Carson instructed Carey to sweep back up the canyon with 75 men, destroying any crops, orchards, and hogans he found. On the way, Carey met 150 starving, freezing Indians who wished to surrender and told them to go to Fort Canby. Upon Carey's return, the entire command headed back to the fort.

When the Navajos realized the soldiers would not slaughter them if they came to the fort, more turned themselves in. The results of the campaign were great. The soldiers killed 23 Navajos and wounded 5, and 234 were either captured or surrendered. In the next several days, 344 more Navajos came in with the supply train under Maj. Jose D. Sena. By mid-February, there were 1,000 Navajos at the fort. Ten days later there were 1,500. All of them would make the long walk to the reservation at Bosque Redondo in eastern New Mexico. 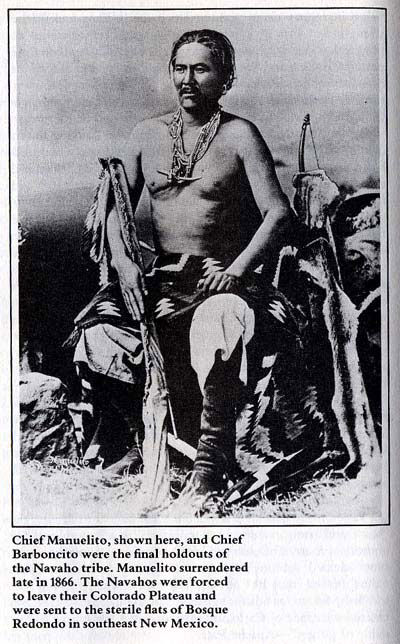 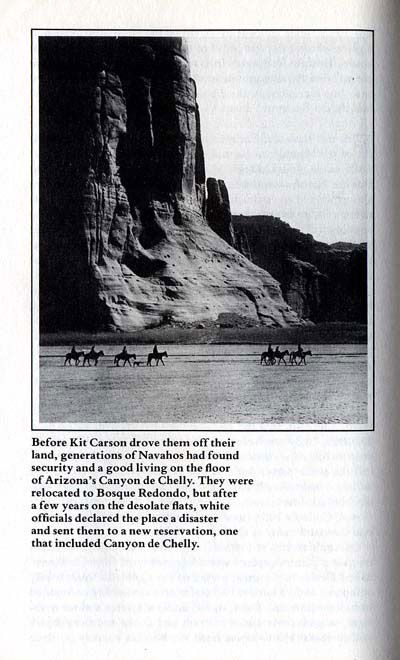 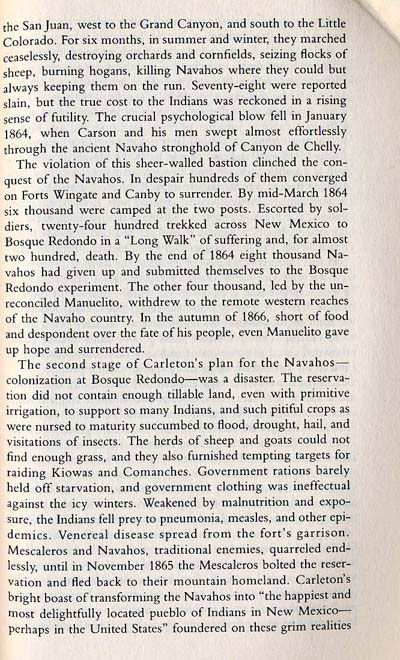 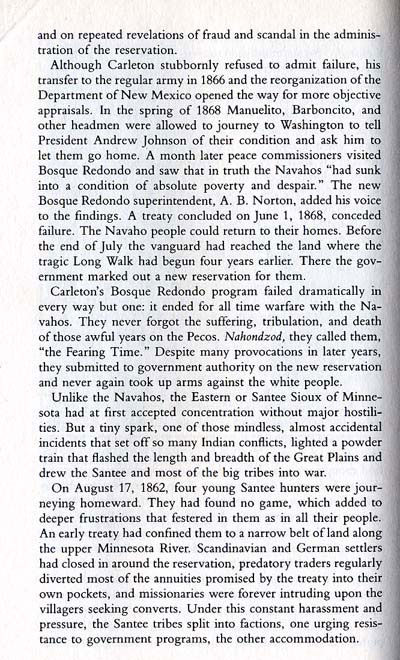