The Battle of Brushy Creek 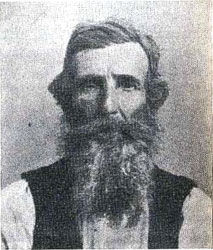 Benjamin Franklin Highsmith (1817-1905), was born in Mississippi and came to Texas in 1823 with his father. At the battle of Brushy Creek, Highsmith narrowly escaped with his life as Captain Jacob Burleson was shot down in front of him. According to Ben Highsmith, "the Texans suffered losses at the hand of a determined Indian sharpshooter." 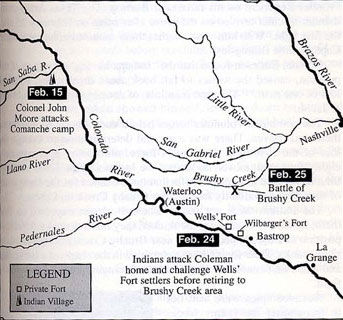 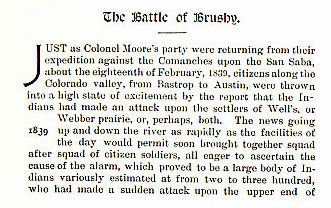 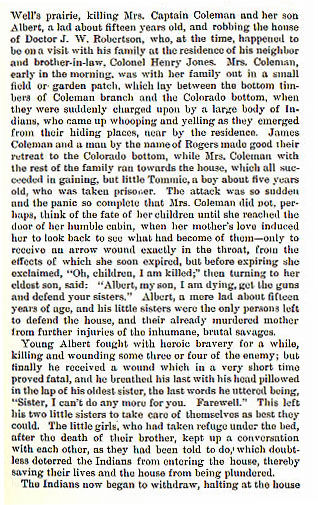 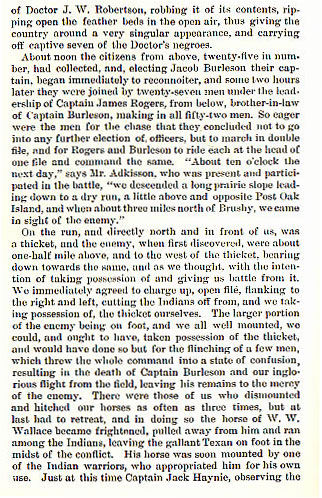 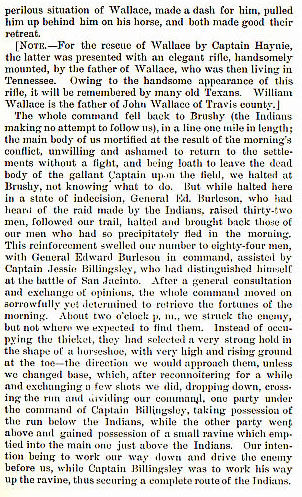 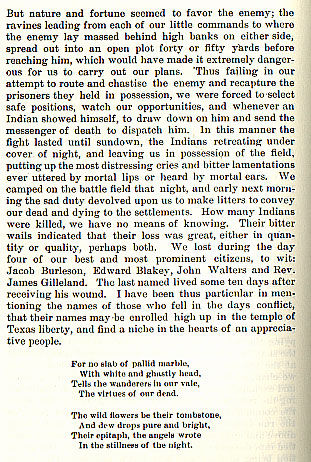 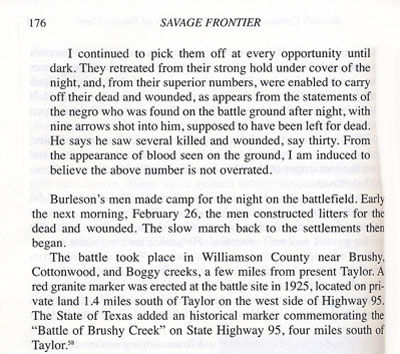