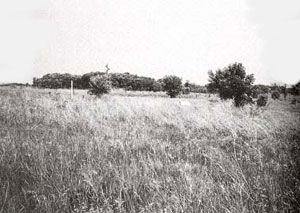 8 July 1878: During the spring and early summer of 1878 some 200 Bannocks who had taken to raiding for perceived treaty violations fled pursuing army troops under the command of Gen. O.O. Howard. On 8 July Cpt. Reuben Bernard, with seven companies of cavalry, located the Indians on Birch Creek and Pilot Butte, near present-day Pendleton, Oregon. The Indians were strongly positioned along the bluffs, the slopes of which "were steeper than those of Missionary Ridge," according to General Howard. Nevertheless, Bernard's troopers advanced up the slopes, driving the defenders still higher while taking heavy casualties. The Indians were finally defeated by a two-pronged flank attack that drove them from the field.

We received the following e-mail with some interesting information regarding Birch Creek Battle Site:

I am the co-author of the book "The Rocks Are Ringing" The Bannock Paiute Indian War Oregon 1878.

The best way for you or anyone to find the exact location complete with color photographs and GPS Maps is our book "The Rocks Are Ringing. The Bannock-Paiute Indian War in Oregon 1878". It's a beautiful oversized edition. I could give you general directions but this nails it as well as other battlefields from the War.

Anyone wishing to purchase the large volume with color maps and photos can order by sending a Money Order for $35.00 Postpaid to the following address.
G. Hodgen
ATTN: Book Order
1417 SW 18th St.
Pendleton, Or 97801