Different accounts do not agree concerning the date of this engagement. According to one account, it was fought in the spring of 1841, while others place the date in 1843. Nevertheless, the story will be related at this time. 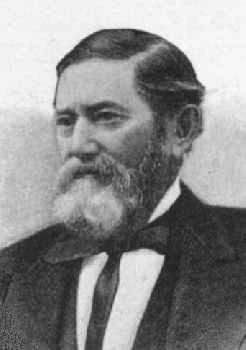 Soon after the big raid of the Comanches on Victoria and Linnville, President Houston felt a stronger need for frontier protection. So he appointed Capt. John C. Hays to recruit a company of rangers. Many noted Indian fighters saw service in Capt. John Hays’ company. Among the number were: Big Foot Wallace, Ben Highsmith, Creed Taylor, Sam Walker, Ed Gillespie, P.H. Bell, Kit Ackland, Sam Luckey, James Dunn, Tom Galberth, Geo. Neill, Frank Chevallier, and others. When the famous fight of the Bandera Pass was fought in about 1843, some of Capt. Hays’ best men at the time, were prisoners in Old Mexico. But on this particular occasion, Sam Walker, Ed Gillespie, P.H. Bell, Ben McCulloch, Kit Ackland, Sam Luckey, James Dunn, Tom Galbreth, Geo. Neill, Frank Chevallier, and others, numbered among the fighting forces. Hays and his men arrived at the Pass about 11 o’clock in the morning and were unexpectedly charged by a large band of Comanches. At first his men became somewhat demoralized by the sudden shock, but the voice of the brave Captain cried out, “Steady there, boys, dismount and tie those horses, we can whip them. No doubt about that.” The Colt five and six-shooters had just been invented and Captain Hays and his men were fortunate to acquire fifty or sixty of these weapons, which were apparently unknown to the savages. Although many times outnumbered, the Texans began discharging their rifles and new pistols, and every shot seemed to strike an Indian. Sam Luckey was soon wounded and as he fell, Ben Highsmith caught him and laid him down easy on the ground. He immediately called for water which was tendered by Highsmith out of the latter’s canteen. The Comanche chief during the thickest of the fighting, charged and wounded Sergeant Kit Ackland. Ackland then wounded the chief with his new pistol, and immediately following the two clinched and went to the ground. Both of the men were large and fought a terrific combat with their knives. Over and over they rolled, but finally the ranger was successful in the duel. Covered with blood and dirt, he then arose from the ground where lay the chief literally cut to pieces.

This engagement of Captain Hays and his men was one of the most bitter and bloody battles ever fought in the West and continued until the Indians finally ceased fighting and retreated to the upper end of the Pass, leaving the rangers in charge of the battleground. Five rangers, however, lay dead on the field, and others wounded. A large number of horses were also killed and their bleaching bones could still be seen in this famous old Pass for many years afterwards. After the Indians had retreated, Capt. Hays and his men withdrew to the south entrance of the mountains, and the night was spent burying the dead and treating the wounded. During the same time, the Comanches buried their chief near the others end of the exit through the mountains.

The above story is from the book, The West Texas Frontier, by Joseph Carroll McConnell. More