Henry W. Karnes, in command of twenty-one fearless frontiersmen, camped on the Seco, August 10, 1838, was suddenly attacked by two hundred mounted Comanches. Although outnumbered about ten to one, the Texans stood well their ground, and fired in alternate platoons of about seven men at a time. In this way, some of the men were firing while others were reloading. The savages fought fiercely until twenty of their number lay dead on the ground and others wounded. Colonel Karnes was also severely wounded and a number of the rangers' horses were shot down. Colonel Karnes afterwards died from the effect of his wounds.

The following is from the book, Savage Frontier II, by Stephen L. Moore: 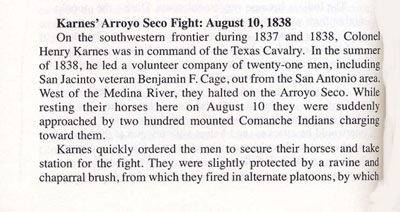 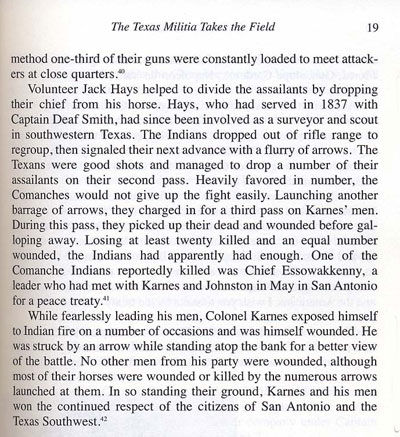