Battle of the Rosebud

On the morning of June 17, 1876, Brig. Gen. George Crook, his 1,050 soldiers and 260 Crow and Shoshone scouts were attacked by a nearly equal combined Sioux and Cheyenne force along Rosebud Creek, Montana Territory. Crook’s column represented one of three military prongs placed in the field in the summer to seek out and force the Sioux to accept reservation confinement. Under the leadership of Crazy Horse, the warriors fought. 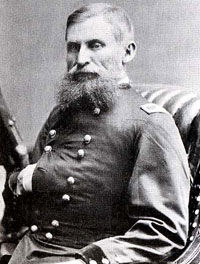 Crook’s men to a standstill. Crook suffered 10 killed and 21 wounded in the six-hour fight. The warriors suffered similar casualties. Crook returned to his supply base near present-day Sheridan, Wyoming. Eight days later, these same warriors defeated Lt. Col. George A. Custer’s column at the Battle of the Little Bighorn. The site is operated by Montana State Parks.

This 3,000-acre Eastern Montana rolling prairie park preserves the site of the June 17, 1876, battle between the Sioux and Cheyenne Indians and General Crook’s soldiers. Remote, quiet, and undeveloped, the park includes prehistoric sites and the homestead and ranch of the Kobold family. Take your own food, your camera, and plenty of time to appreciate a slice of time and place. 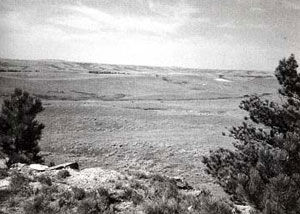 On May 29th, 1876 Brigadier General George Crook, commanding the Military Department of the Platte, marched out of Fort Fetterman, Wyoming, near the site of present-day Douglas with a force of 1,000 cavalry and infantry. Known as the Big Horn and Yellowstone Expedition, the column also included a party of Montana miners as well as civilian guides and packers. Crook's column was one of three ordered into the field with the mission of forcing recalcitrant bands of northern Plains tribes, notably Sioux and Cheyennes, to return to their respective agencies.

Moving north along the old Boseman Trail, Crook's force was augmented by nearly (continues on the page) 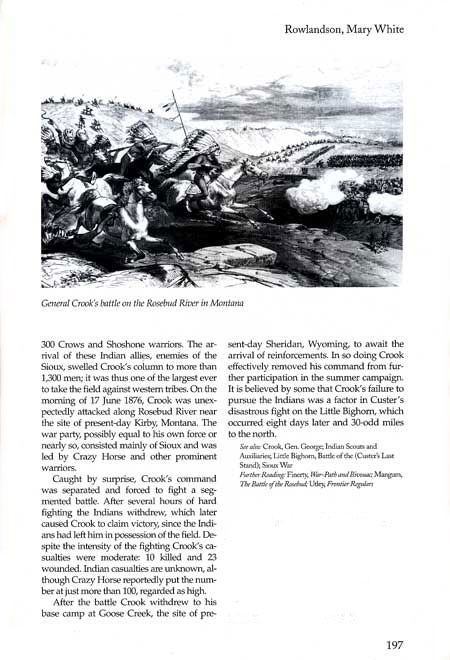 The above story is from the book, Encyclopedia of American Indian Wars, by Jerry Keenan.