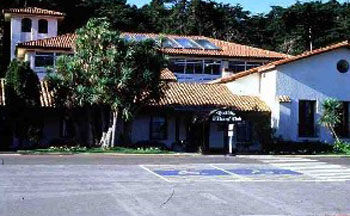 The often fog-shrouded Presidio of San Francisco has a long and extensive cultural history spanning back thousands of years, to when it was the home to native people known as the Ohlone. The Spanish arrived in 1776 to establish the northernmost outpost of their empire in western North America. The Presidio was under Mexican rule for 24 years before the U.S. Army took control of it in 1846. Over 148 years, the army transformed the Presidio grounds from mostly empty windswept dunes and scrub to a verdant, preeminent military post. During that period, a major Army hospital, a pioneering airfield and an extensive coastal defense system were built here. In 1994, the Presidio became part of the Golden Gate National Recreation Area, and in 1998 the Presidio Trust took over management of most of the Presidio's buildings and grounds. History continues to be made at the Presidio an the Trust turns it into the only monetarily self-sustaining national park site in the country.

The park is open year-round. Information on points of interest and Presidio history is available at the Visitor Center located in Building 102, Montgomery Street. Open daily from 9 a.m. to 5 p.m., closed on Thanksgiving, Christmas and New Years days.

The Presidio can be reached from the north by crossing the Golden Gate Bridge (Highways 1 and 101); from the east by way of Lombard Street (Highway 101); and from the south via Highway 1.

San Francisco Municipal Railway (MUNI) buses serve the Presidio via the 28, 29, 43 and 82X lines. Bus service from the North Bay to the Golden Gate Bridge toll plaza is available through Golden Gate Transit. Commercial cable car buses are available from Fisherman's Wharf. The Presidio Trust provides free shuttle service within the Presidio and to nearby public transit stops.