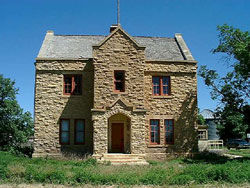 First called Camp Pond Creek, Fort Wallace was established in 1865 near present-day Wallace. A year later soldiers were moved farther east along the Smoky Hill River where the fort was built. This fort protected travelers heading west along the Smoky Hill Trail to the Denver gold fields. It was the westernmost outpost along the trail between the Missouri River and Denver. Soldiers also protected settlers in the area.

By 1882 the U.S. government decided to discontinue the services of Fort Wallace and to abandon the site. In 1885 the U.S. government exhumed the bodies of 88 soldiers and moved them to Fort Leavenworth. More than 100 graves were left, including U.S. scouts who were not members of the conventional Army. 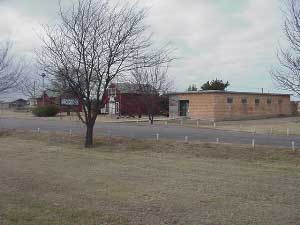 All that remains of the original fort is the old post cemetery, enclosed by stone walls within the Wallace Township cemetery. The area where the original buildings stood is directly south of the cemetery on private property. Access is very limited. 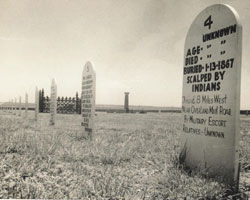