During the early years of the Republic of Texas Fannin County residents lived in constant danger of Indian attack, and Fort Inglish was a frequent refuge for settlers on the western edge of the Red River frontier. It was built in the summer of 1837 by Bailey Inglish in the form of a single blockhouse, sixteen feet square and topped by an overhanging story twenty-four feet square, probably surrounded by a log stockade. 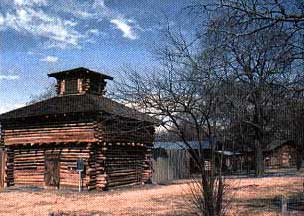 Bonham, named after Alamo hero and messenger James Butler Bonham, was founded by pioneer Bailey Inglish in March of 1837. The settlement was first called Inglish’s Station or Fort Inglish after the blockhouse and stockade built for the protection of the early settlers. Visitors to Fort Inglish, on W. Sam Rayburn Drive, see what life was like for the early settlers. Surrounding the stockade are three restored 150-year-old log cabins that have been refurbished to represent a blacksmith shop, a frontier cabin and a general store. A cedar log schoolhouse has been recently added. 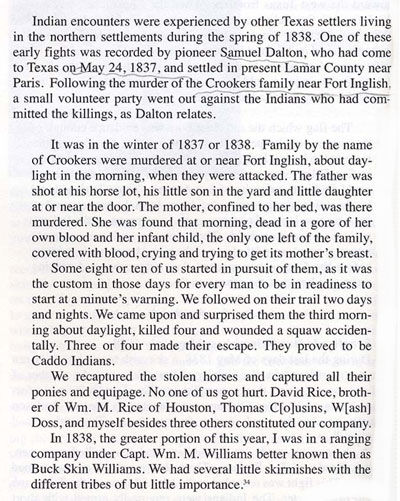 Stephen L. Moore further reports in Savage Frontier II that another skirmish occurred in the area. Thomas Ragsdale wrote that he joined several other Rangers in mid-September under the command of James Bourland in a fight to recover the captain's stolen horses. He continued that the mission was accomplished and three Indians were killed but the company suffered no losses. 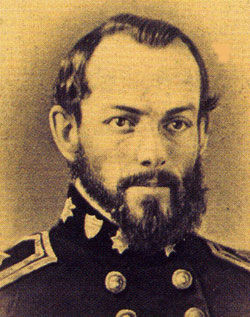 In August, 1863, Generals Henry McCulloch and Edmund Kirby Smith utilize Quantrill's raiders. The following account is from the book, Frontier Defense in the Civil War, by David Paul Smith: 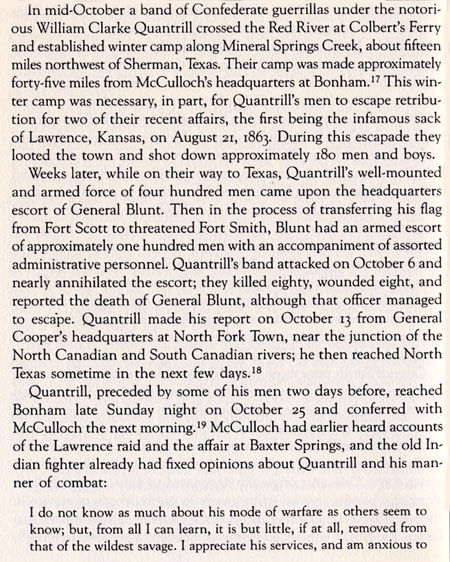 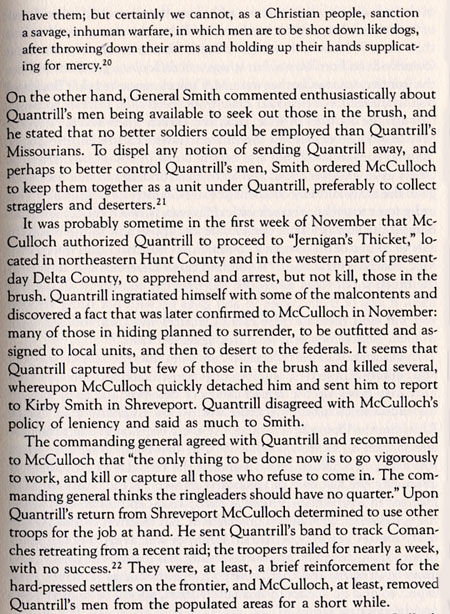 Fort Inglish was on grounds now occupied by a Veterans Administration center, north of East Ninth Street and east of Lynn street, in downtown Bonham. Although it was private, Fort Inglish played a role in several official campaigns against the Indians by the Army of the Republic of Texas.

In November 1838 it served as the rendezvous point for the militia brigade of Gen. John H. Dyer during the Rusk-Dyer Indian expedition, and in October 1840 Col. William G. Cooke's troops straggled into Fort Inglish after the near-disaster of the Military Road expedition. After the removal of the Indian threat to white settlement in Northeast Texas in the early 1840s, however, Fort Inglish fell into disrepair and was eventually dismantled.

The above information is from The Handbook of Texas Online.