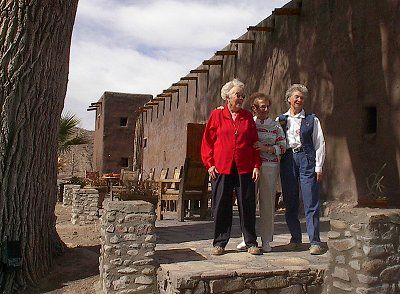 Marker Title: El Fortin del Cibolo
City: Shafter vicinity
County: Presidio
Year Marker Erected: 1992
Designations: Recorded Texas Historic Landmark
Marker Location: SH 67, 5 miles N. of Shafter go NW on private rd. about 4 miles.
Marker Text: Constructed in 1857, El Fortin del Cibolo was the headquarters of the vast ranching empire of Milton (Don Meliton) Faver (ca. 1829-1889). The heavily fortified structure was the first major outpost built between Fort Davis (established in 1854) and the Rio Grande. Faver, who reportedly learned of natural springs in this area from Indians who traded at his general store in Presidio del Norte, eventually acquired vast acreage surrounding the springs, thereby controlling the only steady water source in the vicinity. He built an irrigation system that supplied water for his immense vegetable gardens and peach orchard. Cibolo ranch crops supplied soldiers at Fort Davis and citizens of the nearby mining town of Shaffer. El Fortin del Cibolo is a rare surviving example of a private fort in the Big Bend region. Reconstructed and restored based on archeological evidence and using hand labor, the one-story adobe, cottonwood, and cypress structure features a courtyard configuration with walls one to four feet thick; rounded towers at the northwest and southeast corners; gun ports; and wood canales (drain spouts). Hand-built stone fences accentuate the fort's primitive surroundings. It is one of the region's most significant historic structures. Recorded Texas Historic Landmark - 1992.