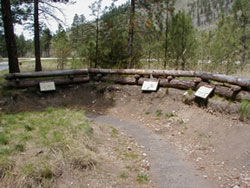 Within a week of the Clearwater Fight, Joseph and the Nez Perce were across the Bitterroots and out of the Department of the Columbia. Nevertheless, General Sherman demanded that Howard continue the pursuit across the mountains into Colonel John Gibbon's District of Montana. Based at Fort Shaw, across the continental divide near Helena, the veteran of the previous year's campaign began mobilizing the forces at his disposal to intercept the Nez Perce who had just slipped into his area of responsibility. Joseph would now have two U.S. Army contingents to dog his trail. 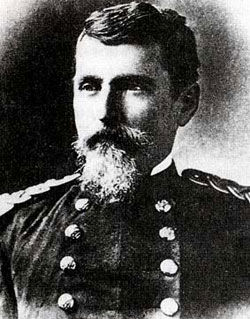 As Gibbon formed up to march west into the Bitterroot country, the opening move for the Montana troops fell to a small detachment of the 7th Infantry Regiment from Fort Missoula. Augmenetd by Montana Territorial volunteers, they went to fortify the base of the trail across Lolo Pass, in order to intercept the Nez Perce. The fortification was built, and the defenders waited anxiously to snare Joseph in their trap.

The Nez Perce scouts, meanwhile, had spied the defensive structure built by the Missoula men, and Joseph simply led his people around it. The Nez Perce had already moved southward, up the Bitterroot River valley away from Missoula, before the troops knew what happened. Local residents mocked the would-be defenders, nicknaming their useless defensive structure "Fort Fizzle." The name is still remembered to this day, being the official name of a state park on the site.

Joseph had demonstrated a knack for elusiveness that would become legendary in the coming weeks.